…
Democrats on the committee, led by Ranking Member Sen. Tom Carper of Delaware, are concerned that the nomination is being rushed during the government shutdown even though Wheeler could continue to work in an acting capacity for much of the year.

“I do not believe that giving the acting administrator a speedy promotion is more urgent and more important than protecting the public from contamination to our air and water and lands. Our priority should be reopening @EPA and the other closed federal agencies,” Carper said in his opening statement.

A protestor stood up as Wheeler began his remarks to “object” the hearing was being held during the shutdown. More could be heard in the hallway outside the hearing room changing “shut down Wheeler, not the EPA.” 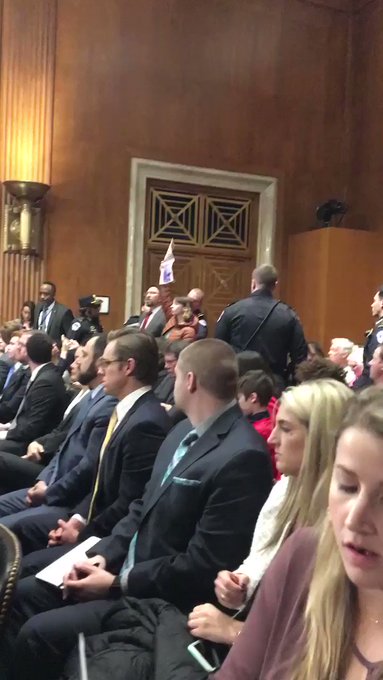 As @EPAAWheeler begins his remarks a protestor stood up to “object” the hearing during the shutdown. You can hear some folks in the hallway chanting “shut down Wheeler, not the EPA”

Wheeler confirmed in the hearing that some EPA policies have been delayed because of the shutdown, including a management plan to deal with a class of chemicals known as PFAS that contaminate groundwater and drinking water in some parts of the country. Wheeler said a plan to manage the chemicals and set limits for drinking water was set to be announced next week but will now be delayed.