2018: GLOBAL TEMPS DROP FOR THIRD YEAR IN A ROW 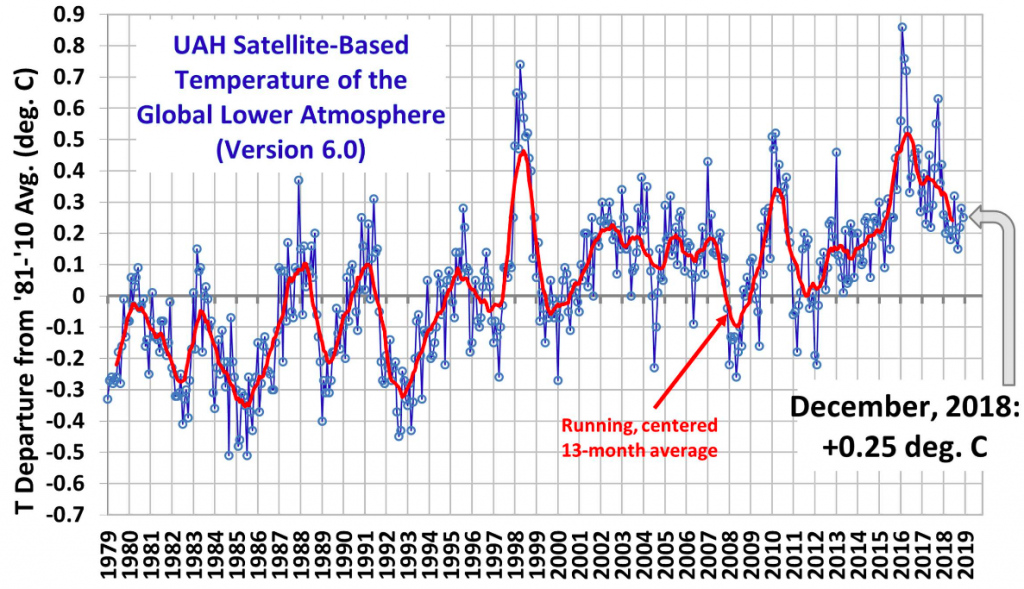 2018: GLOBAL TEMPS DROP FOR THIRD YEAR IN A ROW

Global area-averaged lower tropospheric temperature anomalies (departures from 30-year calendar monthly means, 1981-2010). The 13-month centered average is meant to give an indication of the lower frequency variations in the data; the choice of 13 months is somewhat arbitrary… an odd number of months allows centered plotting on months with no time lag between the two plotted time series. The inclusion of two of the same calendar months on the ends of the 13 month averaging period causes no issues with interpretation because the seasonal temperature cycle has been removed, and so has the distinction between calendar months. […]

The 2018 globally averaged temperature anomaly, adjusted for the number of days in each month, is +0.23 deg. C, making 2018 the 6th warmest year in the now-40 year satellite record of global lower tropospheric temperature variations.

The linear temperature trend of the global average lower tropospheric temperature anomalies from January 1979 through December 2018 remains at +0.13 C/decade.