Climate Depot Response: "On the contrary, it is time for 'climate passports' to be issued to French citizens and others who wish to flee climate change driven policies that skyrocket energy prices. It is the victims of 'climate change' policies, taxes, and regulations that need passports to escape their leaders who are trying to control the weather through higher fuel costs. Climate passports should be issued to all the French citizens who wish to escape from Pres. Macron's climate policies!"

‘Climate Passport’ For People Driven Away By Global Warming Proposed

A climate researcher proposed on Thursday the establishment of a kind of ‘climate passport’, allowing people who have been driven away from their homes due to the impact of the global warming to move freely around the world. 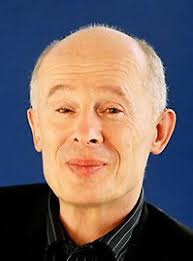 Hans Joachim Schellnhuber, who has called for the “creation of a CO2 budget for every person on the planet,” was appointed a member of the Pontifical Academy of Sciences in June 2015 and was one of the four presenters of Pope Francis’ new encyclical on the environment. Schellnhuber was also a key player at the Vatican climate presentation in 2014.

Schellnhuber is an atheist who believes in “Gaia, but not in God.”  In 2015, Schellnhuber boasted about having climate skeptics excluded from participating in drafting the Pope’s climate encyclical.  The April 2015 Vatican climate summit in Rome banned a skeptical French scientist from attending because the organizers reportedly “did not want to hear an off note” during the summit.

Schellnhuber is a scientific activist who is mocked even by his fellow warmist colleagues. See: Warmist Ray Bradley trashes prominent warmist Hans Joachim Schellnhuber for “spouting bullsh*t”; Phil Jones says, “We all agree on that.”

At a meeting in Japan in 2004, Scientist Tom Wigley found prominent EU warmist Schellnhuber to be “a bit of a laughing stock among these people.”

Schellnhuber has also declared human society needs to be managed by an elite group of “wise men.”  He referred to this idea as his “master plan” for the “great transformation” of global society.

Schellnhuber’s views on population also are at odds with Catholic teachings. Echoing the claims of overpopulation guru Paul Ehrlich, he has claimed that when the Earth reaches nine billion people, which is projected to occur soon, “the Earth will explode” due to resource depletion.

Schellnhuber also berates those who disagree with him, calling his critics “vicious liars” and mocking Americans as “climate illiterate” for being skeptics.

Czech Physicist Unloads on Hans Schellnhuber & his ‘master plan’: Says he is ‘German Nazi who calls himself a physicist’ and ‘a doomsday crackpot’ – ‘We should eliminate Schellnhuber et al. away from any influence on the Earth to prevent the civilization from repeating similar things that Germany ignited in the 1930s and 1940s’ — Denounces worry over ‘future generations’: ‘Countries can’t be controlled by people whose existence and interests are just speculations’

Pope’s key science advisor Hans Schellnhuber is an atheist who believes in ‘Gaia, but not in God’