Senate Minority Leader Chuck Schumer told President Donald Trump that Democrats won’t cut a deal with him on infrastructure spending unless it includes a slew of policies aimed at fighting global warming.

“The impacts will continue to worsen if we do not take decisive and immediate action to transition to a 100-percent clean energy economy,” Schumer wrote in a letter to Trump sent Thursday.

“A single infrastructure bill will not solve our climate problem in its entirety, but it is an important first step,” Schumer wrote to Trump, also giving a list of demands for any infrastructure plan. 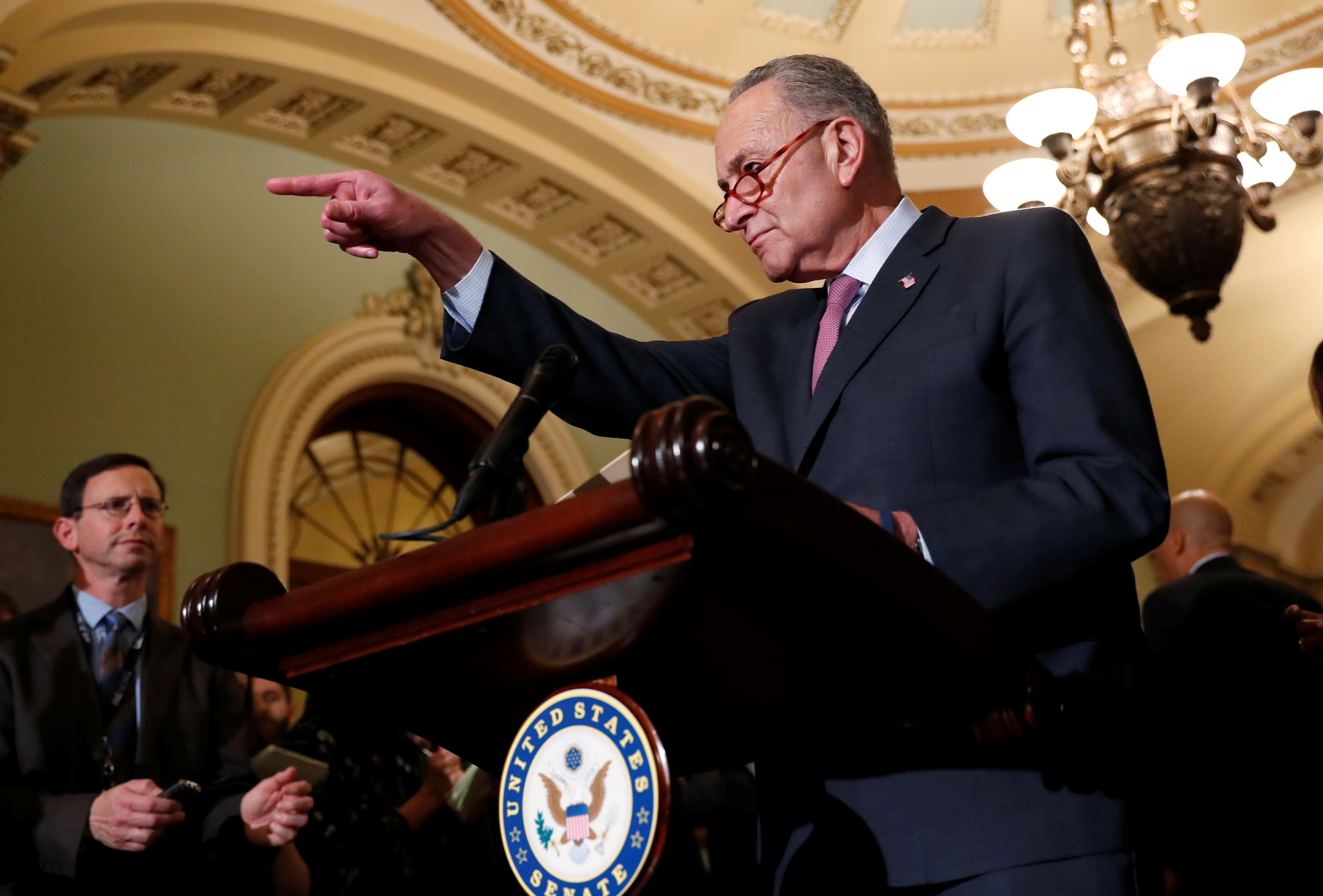 Schumer’s letter, and accompanying Washington Post op-ed, come as Democrats push for global warming to become a central focus of 2019.

A small, but growing, cadre of Democrats led by Rep.-elect Alexandria Ocasio-Cortez of New York want “Green New Deal” legislation to rapidly force the U.S. to use 100 percent green energy.

House Minority Leader Nancy Pelosi, who’s expected to be elected speaker next year, favors reviving a special committee on global warming, much like the one behind the failed effort to pass cap-and-trade legislation in 2010.

Ocasio-Cortez joined protesters who occupied Pelosi’s office in mid-November to demand a “Green New Deal.” While light on details, Ocasio-Cortez has framed the effort as a way to fight global warming and rectify social and racial “injustices.”

“This is going to be the Great Society, the moonshot, the civil rights movement of our generation,” Ocasio-Cortez said in a panel discussion Tuesday. “This is the mechanism through which we can really deliver justice to communities that have been underserved.”

Other top House Democrats, however, favor pushing climate bills through existing committees, fearing the creation of a special panel on the issue could unnecessarily delay legislation.

“In the 116th Congress, however, Democrats will have an extraordinary opportunity to force action on climate change,” Schumer wrote. “Not only will House Democrats have the power to propose, debate and pass progressive legislation on the subject, but Senate Democrats will have substantial leverage as well. For any legislation to pass the Senate, 60 votes are required.”

Schumer said infrastructure package could be paid for by “reversing the worst giveaways in the Trump tax bill, those gifted to multinational corporations and the wealthiest of the wealthiest.”