The cost of United Nations climate summits have ballooned in tandem with the carbon dioxide emissions officials are trying to restrain, according to estimates put together by environmental economist Richard Tol.

The U.N. is also convening an increasing number of climate meetings compared with the late 1990s, according to Tol. However, the costliest negotiations are the annual summits known as the Conference of the Parties (COP).

I am old enough to remember COP1, which had 757 participants.

Number of meetings organized by the UNFCCC and their estimated costs pic.twitter.com/fAPAJnWH1D 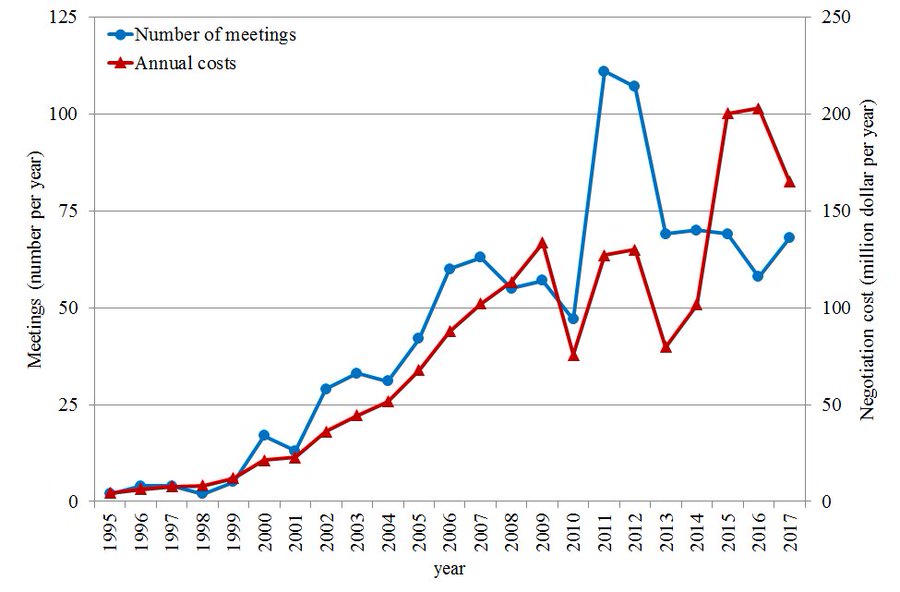 “If anything, this is an underestimate,” Tol told The Daily Caller News Foundation.

To estimate the annual costs of U.N. climate talks, Tol multiplied the number of meetings by the length of each meeting, the number of participants and travels costs and salaries for government workers.

For example, Tol estimated U.N. climate talks cost about $200 million in 2015, the same year delegates met to hash out the Paris climate accord. Climate negotiations the following year cost slightly more, according to Tol, a professor at the University of Sussex.

That’s a massive increase in costs compared to 1995, the year of the UNFCCC’s first COP summit held in Berlin, Germany. Tol estimates negotiations only cost around $20 million that year. (RELATED: Has Trump Embraced The ‘Lukewarmer’ View Of Climate Change?)

The 1995 meeting had fewer than 800 attendees, according to Tol. Compare that to the 40,000 attendees planners expected at the 2015 Paris summit. To accommodate the crowd, the U.N. held the summit at a 45-acre site that included, 32 negotiating rooms and a press center for 3,000 journalists.

“Number of meetings is known,” Tol said via email. “Length of meetings is approximately known – two weeks for the main negotiations, one week for the committees, two days for the rest.”

Tol said that while the number of participants is fairly certain, the travel and salary costs are rough estimates. For example, Tol estimates the cost of flights and hotel stays and assumes the average government employee’s salary is four times the global average income.

“I also exclude the time spent on preparing the meetings and the debriefings,” Tol said.

By putting rising U.N. climate negotiation costs alongside rising greenhouse gas emissions, Tol illustrates an inconvenient truth for politicians and environmentalists: Spending hundreds of millions of dollars on climate conferences has done nothing to cut emissions.

These costs are not only borne by taxpayers, but also corporations and other private sponsors. In one example, a collection of companies, including EDF, Air France and Renault-Nissan, paid 20 percent of the nearly $187 million budgeted for the U.N.’s 2015 climate summit in Paris. 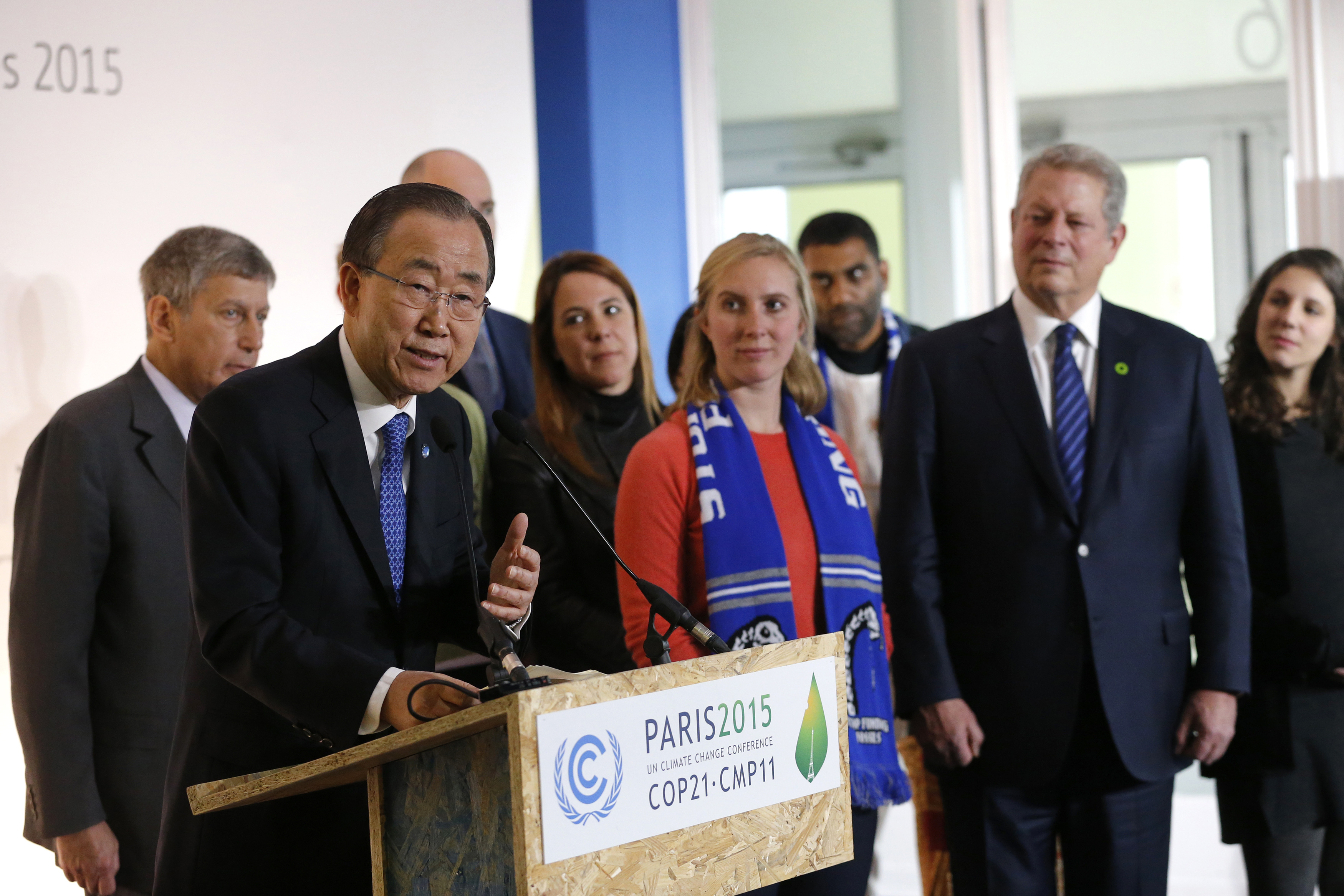 Funding from “big carbon emitters” angered many environmentalists. The conference, COP21, was already under fire for its high carbon footprint and use of Europe’s busiest airport for private and chartered jets as a venue.

The 2015 climate summit likely resulted in 300,000 tons of carbon dioxide emissions, mostly from tens of thousands of people flying to the conference. Those talks resulted in nearly 200 nations agreeing to the Paris climate accord, an agreement to limit emissions.

At the same time, global carbon dioxide emissions have also risen dramatically to record highs in 2017. Emissions are expected to break records again in 2018, according to the International Energy Agency (IEA).

“When I look at the first nine months of data, I expect in 2018 carbon emissions will increase once again,” IEA executive director Fatih Birol recently told The Guardian. “We are not seeing even flat emissions.”