New York Times Magazine dedicated an entire issue to an article called “Losing Earth” that alleges humanity was on the cusp of stopping man-made global warming in the 1980s, but then didn’t.

Writer Nathaniel Rich narrative focuses around the failed efforts of “a handful of people, among them a hyperkinetic lobbyist and a guileless atmospheric physicist who, at great personal cost, tried to warn humanity of what was coming.”

“Their efforts were shrewd, passionate, robust. And they failed,” Rich wrote in his 30,000-word article published Wednesday after much hype.

The problem is — many policy experts and journalists aren’t buying Rich’s narrative.

This NYT article on climate policy history brings together alternative history with a disaster movie plot (brave scientists warns the world). The world was not on the brink of rapid decarbonization in the 1980s. It’s a fun story though

I’m not sure we were on the cusp of “stopping” climate change in 1989, as this piece argues — how would we convince China to forego coal? But there *have* been a lot of missed chances to cut emissions, and the problem gets much harder the longer you wait. https://www.nytimes.com/interactive/2018/08/01/magazine/climate-change-losing-earth.html …

NYT reporter Brad Plumer was also skeptical the world was really ready to “stop” global warming in 1989, asking the obvious question, “how would we convince China to forego coal?”

I’m not sure we were on the cusp of “stopping” climate change in 1989, as this piece argues — how would we convince China to forego coal? But there *have* been a lot of missed chances to cut emissions, and the problem gets much harder the longer you wait. https://www.nytimes.com/interactive/2018/08/01/magazine/climate-change-losing-earth.html …

We knew everything we needed to know, and nothing stood in our way. Nothing, that is, except ourselves. A tragedy in two acts.

Rich’s article follows a cast of characters, including former Friends of the Earth lobbyist Rafe Pomerance and former NASA climate scientist James Hansen, who worked to sound the alarm on catastrophic global warming and convince world leaders to cut greenhouse gas emissions — and, yes, former Vice President Al Gore is in there too.

Hansen is remembered for his 1988 congressional testimony where he told lawmakers “greenhouse effect has been detected, and it is changing our climate now.” His testimony made waves in the media, despite being contradicted by the Intergovernmental Panel on Climate Change two years later.

The narrative crescendos in 1989 when Rich claims the world was poised to sign a global agreement to stop global warming — but didn’t. Rich suggested human nature was to blame for failing to stop global warming. (RELATED: The Media Is Predictably (And Incorrectly) Linking Global Warming To Wildfires) 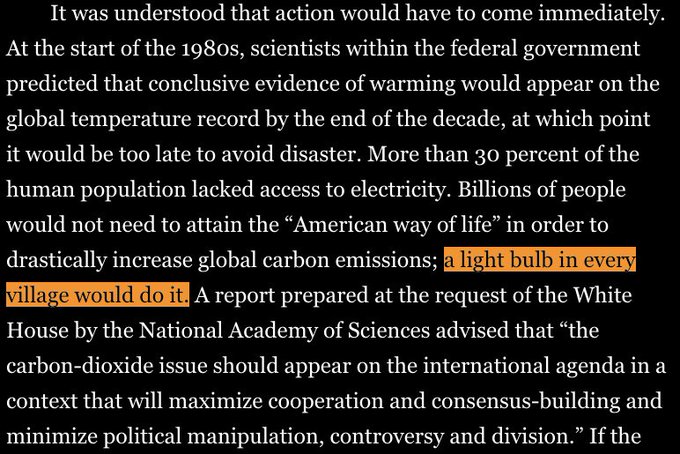 The presumption is in this line: “It is true that *much of the damage that might have been avoided* is now inevitable.” Nowhere does the piece demonstrate that what is cast as a pivotal moment in 1989 was in fact pivotal.. that poor places would tolerate a single light bulb. 2/

Many environmental activists and journalists were quick to attack Rich’s article for not laying blame at the feet of the fossil fuel industry for waging a misinformation campaign against climate science.

7. He doubles down on the idea by explicitly exonerating high-CO2 industries+ the GOP

“A common boogeyman today is the fossil-fuel industry, which in recent decades has committed to playing the role of villain with comic-book bravado. …Nor can the Republican Party be blamed.”

8. Organized corporate opposition to climate action goes back decades. Conservative ideological opposition was well-established by the early 1970s (look up Limits to Growth).

The Carbon Lobby’s long campaign of climate predatory delay did not spring from the air, fully formed.

FWIW, when asked about that critique at a private dinner last night, @NathanielRich said these words: “I think the fossil fuel industry is guilty of crimes against humanity.”

Suggesting that the story deliberately gives industry a pass seems like a pretty shallow take to me.

Other activists took to social media to caution supporters not to lose hope in mitigating global warming, arguing that action can still be taken today to avert catastrophe.

Thirty years ago, we almost saved the planet. This is the story of how we failed. https://nyti.ms/2LQWYOB 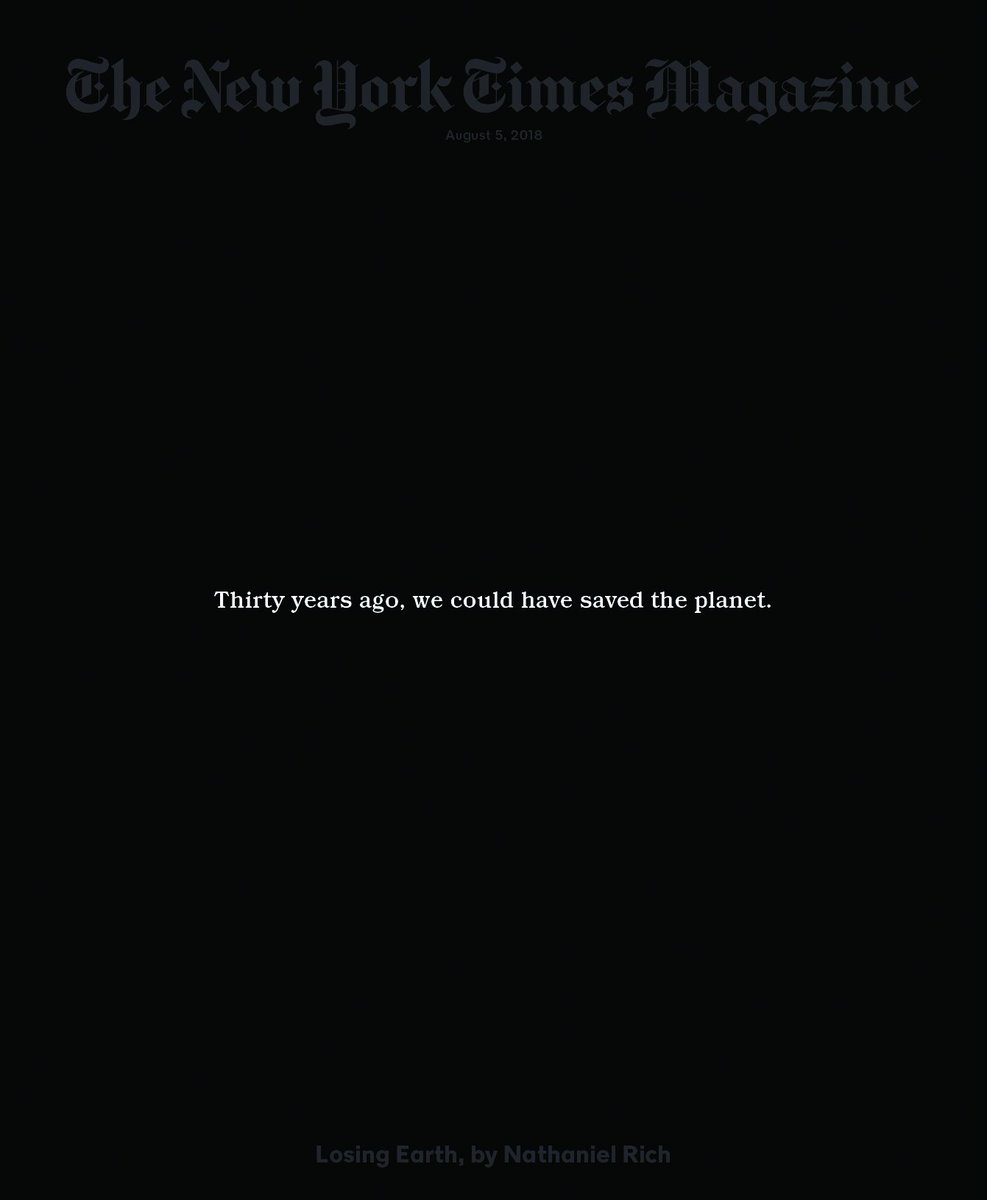 Of course, none of them mentioned that many of the dire predictions about global warming made during this time have not come true, including Hansen’s own projections of temperature increases.