Geologist Dr. Don Easterbrook slams study: "If we take an average of about 1.5 ft per century, expected sea level along the Texas coast by 2100 will be about 12 inches, a far cry from the 6-7 ft predicted by this (stupid) report!"

Highlights
In Texas, sea levels were projected to rise as much as 2.4 feet by 2045 and 7.9 feet by 2100. Galveston and Brazosport were identified as having the most properties at risk of chronic inundation by 2045.

More than 10,000 homes along the Texas coast could flood twice a month by 2045 if sea level rise from climate change continues, researchers say. The findings are part of a new study from the Union of Concerned Scientists, which used property data from real estate website Zillow and sea level projections from the National Oceanic and Atmospheric Administration to estimate how many coastal properties in the U.S. are at risk of chronic inundation by 2045 and 2100. The report’s core results are based on NOAA’s high sea level rise scenario, which researchers noted is “an appropriately conservative projection to use when estimating risks to homes.”

But Geologist Dr. Don Easterbrook ripped the new modeling study by the Union of Concerned Scientists. 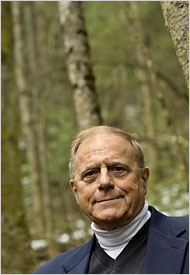 “Here are sea level trends for all Texas coastal gauges. Of 8 stations (9 shown here but two are Galveston) 7 are 1.x ft per 100 yrs. Only one reaches 2.1 ft per 100 yrs. Since we are about 20% through the century, if we take an average of about 1.5 ft per century, expected sea level along the Texas coast by 2100 will be about 12 inches, a far cry from the 6-7 ft predicted by this (stupid) report!
Update: Sea level expert & Geologist Dr. Nils Axel Morner of Stockholm University told Climate Depot the following about the claims of this new study:
Morner: “Sorry, this is total nonsense — no homes are in danger. Sea level is rising very slowly. In many places in the world, it is even stable. Nowhere are there any traces of acceleration.  So, rest calmly and don’t let the lobbyists frighten you.”
#
Below data provided by Dr. Don Easterbrook:

Geologist Dr. Don Easterbrook debunks ‘absurd’ new warmist study claiming 1,700 U.S. cities will be below sea level by 2100 — Easterbrook: ‘The rate used by [Lead Author] Strauss for his predictions is more than 10 times the rate over the past century!’