This was a huge problem for Barack Obama, because he wanted to be remembered for healing the planet and slowing the rise of the seas.  So I predicted over three years ago that the satellite data would be massively tampered with to make the hiatus disappear.

Look for the satellite data to be adjusted to bring it into compliance with the fully fraudulent surface temperatures. The Guardian is now working to discredit UAH, so it seems likely that RSS will soon be making big changes – to match the needs of the climate mafia. Bookmark this post.

And sure enough, that is exactly what happened. Carl Mears at Remote Sensing System, under pressure from the climate mafia, made the post-2000 hiatus disappear by simply adjusting all post-2000 temperatures progressively upwards. The global warming hiatus, which was central to the last IPCC report, now “never happened.” 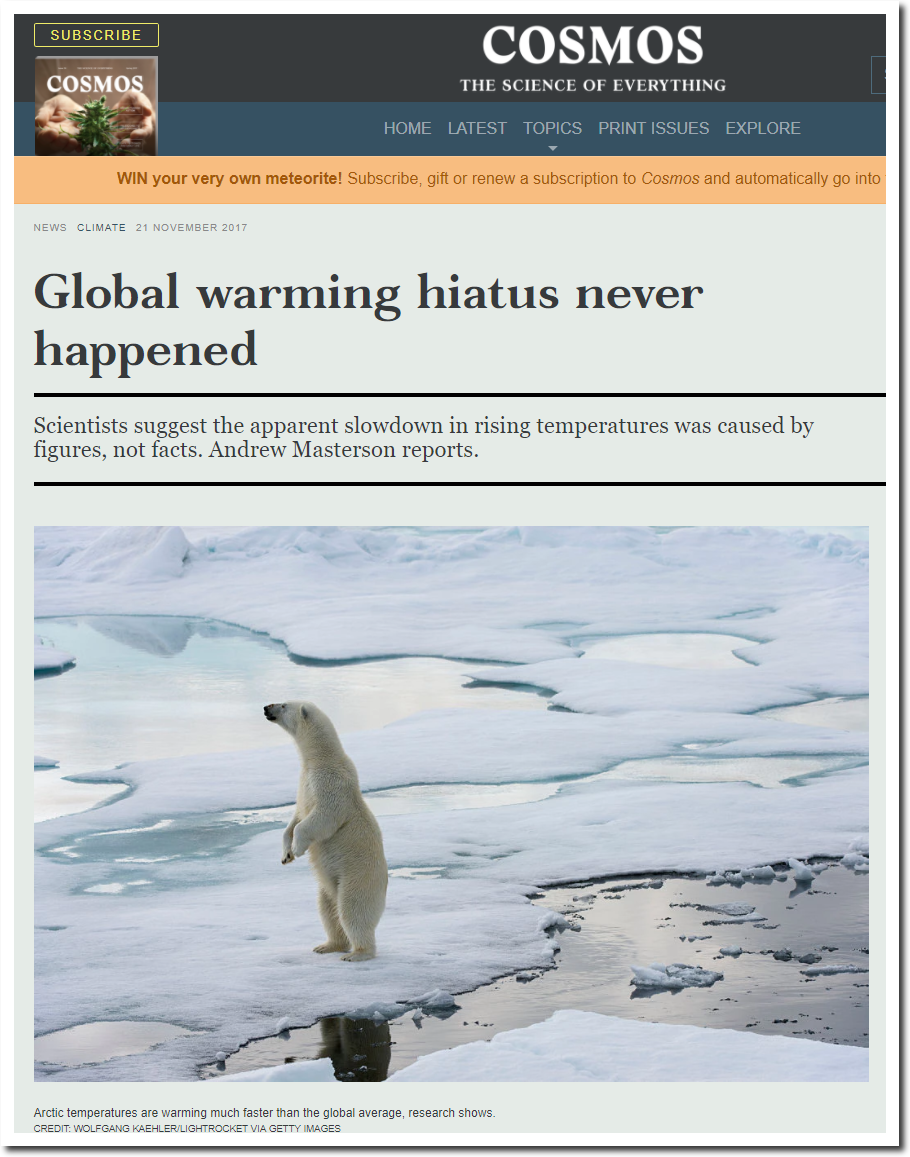