Flashback: ‘Earth Hour?!’ Celebrate Coal not Candles: ‘It was coal that produced clean electric power which cleared the smog produced by dirty combustion & open fires in big cities like London and Pittsburgh’ -'It was coal that saved the forests being felled to fuel the first steam engines and produce charcoal for the first iron smelters. It was coal that powered the light bulbs and saved the whales being slaughtered for whale oil lamps."

Earth Hour is upon us again. (Link) The night where people around the world are asked to turn off the lights, electronics, and modern appliances in order to commune with the Earth in its natural state. Hollywood has enthusiastically got involved. But Earth Hour is being met with calls for a “carbon belch” and “power hour” where dissidents will turn on all their lights to celebrate the modern marvel of energy. (UPDATE: It Was Earth Hour Last Night (In Case You Didn’t Notice! & In California, #EarthHour failed to even register a blip in electricity reduction)

Actor William Shatner: Who’s in for #EarthHour this Saturday, March 24 (2018) at 8:30PM local time? Join hundreds of millions of people around the world and turn off your lights for one hour to show our collective solidarity in the fight against climate change. But “North Korea reminds us what it is like to like in darkness, both politically, and in energy poverty.”

Every hour is Earth Hour in North Korea – the satellite image of the Korean peninsula at night, showing city lighting.

Shatner rebutted by the Forces of Light:

Earth hour is tonight – Don’t turn off lights – Instead turn them on! Celebrate what electricity has done for mankind

Fight the forces of darkness, celebrate PowerHour Tonight! Turn on the lights!

Carbon Belch Time! Lights On! Human Achievement Hour Saturday Night 8:30 EST) – Bjorn Lomborg: ‘If we really want a sustainable future for all of humanity and our planet, we shouldn’t plunge ourselves back into darkness. Tackling climate change by turning off the lights and eating dinner by candlelight smacks of the ‘let them eat cake’ approach to the world’s problems that appeals only to well-electrified, comfortable elites.’

Flashback: ‘Earth Hour?!’ Celebrate Coal not Candles: ‘It was coal that produced clean electric power which cleared the smog produced by dirty combustion & open fires in big cities like London and Pittsburgh’ -‘It was coal that saved the forests being felled to fuel the first steam engines and produce charcoal for the first iron smelters. It was coal that powered the light bulbs and saved the whales being slaughtered for whale oil lamps. Without coal, we would be back in the dark days of candles, wood stoves, chip heaters, open fires, smoky cities, hills bare of trees and streets knee deep in horse manure’

The Inconvenient Truth: ‘Earth Hour’ adds to CO2 emissions Mocks the poor – ”Bjorn Lomborg: ‘While more than a billion people across the globe make a symbol of forgoing non-essential electrical power for one hour a year, another 1.3 billion people across the developing world will continue to live without electricity as they do every other night of the year. Almost three billion people still burn dung, twigs and other traditional fuels indoors to cook and keep warm. These fuels give off noxious fumes that kill an estimated 3.5 million people each year, mostly women and children.’

Lights on for freedom @8:30 PM Saturday night – Say ‘NO’ to “Earth Hour” darkness 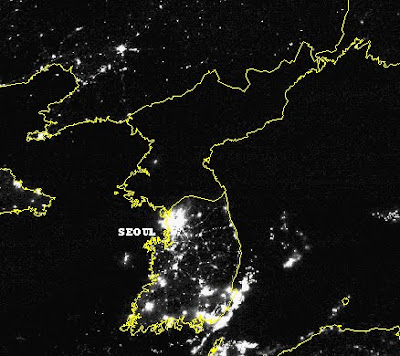 ‘EARTH HOUR’ SHOULD BE REPLACED WITH ‘ENERGY HOUR’

Shock Image: It’s Always ‘Earth Hour’ in North Korea: Electricity ‘is the difference between the Dark Age and the present age’

Morano: ‘People should abhor Earth Hour. Carbon based energy is one of the greatest liberators of mankind in the history of our planet…One of the most moral [energy] choices we have is coal fired power in the world today…Both solar & wind have competed with fossil based fuels & they had their rear ends kicked & no amount of subsidies or mandates is going change that’

Lights out for Earth Hour: ‘Official dimmery abounds across the West, but Cuba is always dim’ –‘Earth Hour, the global WWF fundraiser…

The Wealthy Corporations Behind Earth Hour: ‘Earth Hour is the brainchild of two large corporate entities – the World Wildlife Fund (WWF) and Fairfax Media Limited’ – ‘WWF has offices in 30 countries and employs 5,000 people. In 2010, its international operating revenues amounted to almost 3/4 of a billion dollars’