Here are a few silly comparisons you may also enjoy:
In 1846, in Australia, Aborigines blamed the bad climate on the introduction of the White man in Australia.
Climate Activists: ‘White America’ condemned to Hell!? — Warmist Bill McKibben laments ‘White America’ has failed: ‘White America has fallen short’ by voting for ‘climate deniers’ - McKibben in the La Times: 'We may need, for example, things such as a serious tax on carbon; that will require mustering political will to stand up to the fossil fuel industry. And that's precisely where white America has fallen short. Election after election, native-born and long-standing citizens pull the lever for climate deniers, for people who want to shut down the EPA, for the politicians who take huge quantities of cash from the Koch brothers and other oil barons'
#
Flashback 1941: Scientist claimed Global Warming Caused Hitler – Warmer temps ‘may produce a trend toward dictatorial govts’ – ‘People are more docile & easily led in warm weather’ - Would a 1930s UN climate treaty have prevented Hitler & Mussolini?! (This is so confusing, also see: 'DID GLOBAL WARMING SAVE HITLER?') 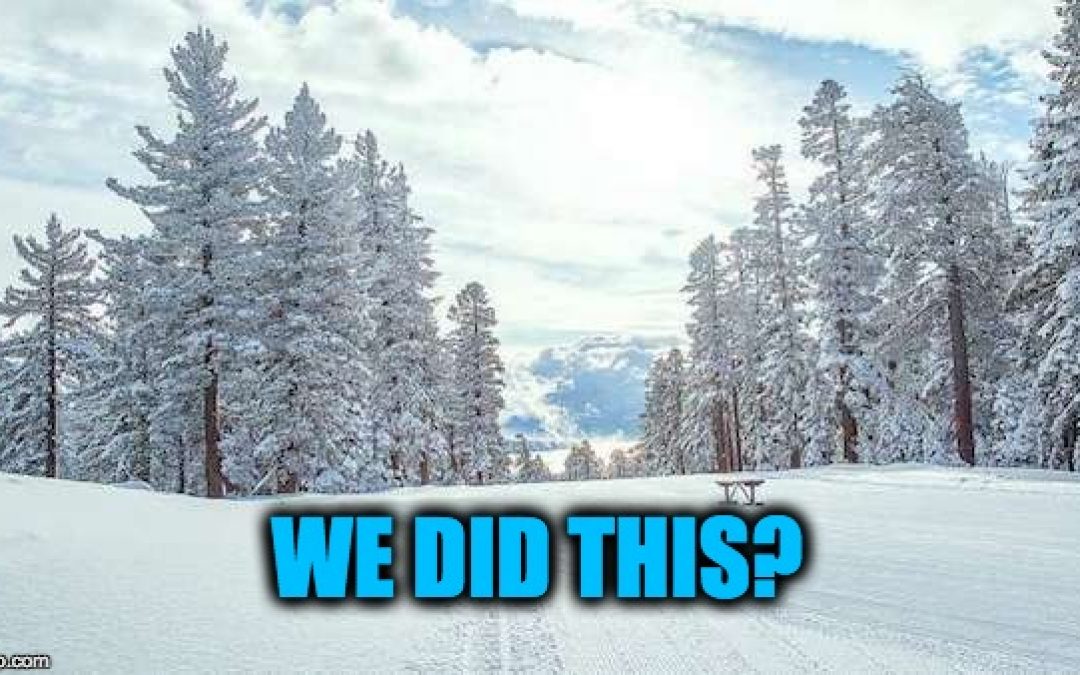 GREAT! Now the liberals are going to blame us for climate change. Thank God that’s a hoax.

D.C. Council member Trayon White Sr. (D-Ward 8) posted a video on Facebook yesterday claiming that the Rothschilds (meaning the Jews) controlled the weather, then upon receiving push-back he changed his mind and apologized.

“Man, It just started snowing out of nowhere this morning. Y’all better pay attention to this climate control, climate manipulation and D.C. keep talking about ‘we are a resilient city’ and that’s a model based off the Rothschilds controlling the climate to create natural disasters they can pay for to own the cities, man. Be careful.”

The Rothschilds are a buzz word for “Jews,” as is rich urban bankers (Obama’s favorite).

Along with being a Broadway Musical starring Hal Linden of Barney Miller fame, the Rothschilds are a famous European banking dynasty descended from Mayer Amschel Rothschild, an 18th-century Jewish banker lived in the Jewish Ghetto of what is today Frankfurt, Germany. Despite facing the restrictions on Jews running businesses and worse owning land  (throughout Christian Europe, it was common for institutionalized anti-Semitism to prohibit Jews from owning property) Mayer had little choice but to go into the banking business and he was good at it.