A “Bombcyclone” off the East Coast of the USA is verging on, or has broken a record for the fastest drops in pressure. It’s now at 965mb. It’s not a bomb, nor a cyclone, just a common winter storm. Though this one is a bad one which has already dumped snow on Florida– “most snow in three decades”.  The hastag #BombCyclone is exploding.

Also known as a Blizzard, the National Weather Service forecasting winds as high as 70 miles per hour (113 km per hour), and more than 3,300 flights have been cancelled. — Reuters 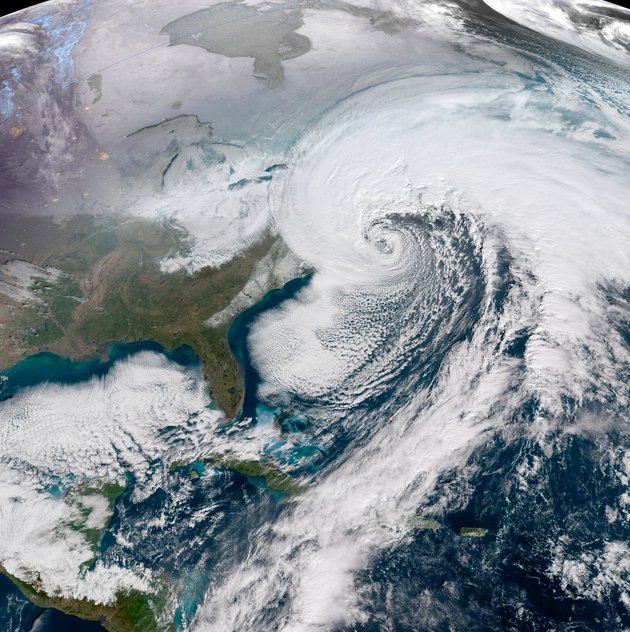 Rarely do you get to see such perfection w/ the structure of a winter storm. Running out of adjectives for this one. Our blizzard has dropped 54 mb’s in 24 hours, making it not only a “meteorological bomb,” but one of the fastest stengthening winter storms in modern history. — @WeatherOptics

The term “bomb” was coined by meteorologist Fred Sanders in 1980 to refer to a non-tropical low pressure area that intensifies at least 24 millibars in 24 hours. They happen every year, and are usually centered offshore in the winter where cold continental air masses meet warm oceanic air masses, providing maximum energy to the intensification process.

Ryan Maue compares this storm to past records:

Most rapidly deepening extratropical cyclone was ERICA IOP4 (Jan 4, 1989) & flown into by recon during field experiment. 52 mb/24h at 40°N

A real cyclone is spinning off Madagasgar. AVA-18.  Best wishes to people and animals caught in either.