From the way media and climate scientists portray the global air temperature this past year, you’d think there was only one place to go – up. For example, Gavin is holding on to hope: 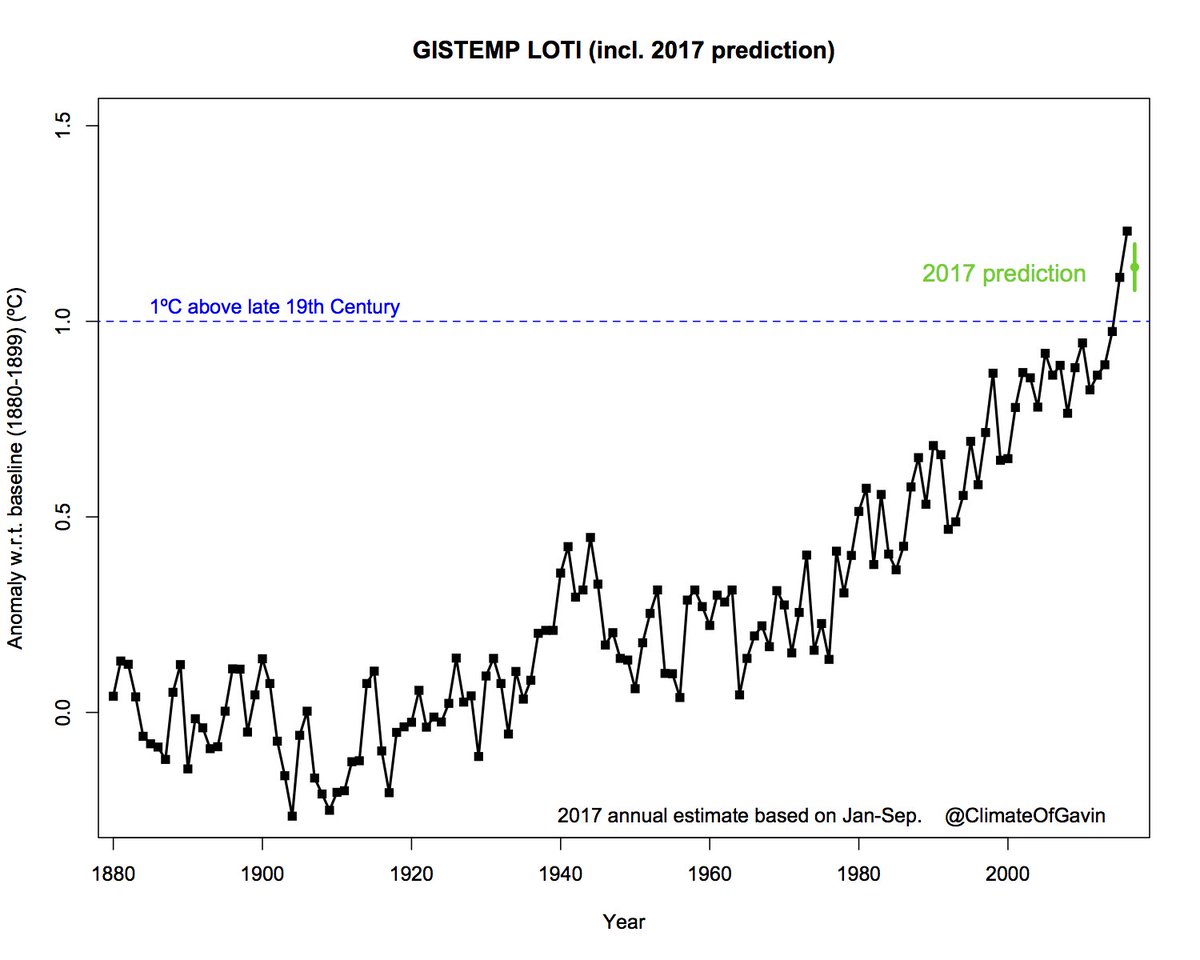 Next year will be interesting.

However, oceans rule the temperature of the planet, and as this most recent SST shows, there’s a lot of cool water and a clear signature of La Niña shaping up off the coast of South America:

HadSST is generally regarded as the best of the global SST data sets, and so the temperature story here comes from that source, the latest version being HadSST3.

The chart below shows SST monthly anomalies as reported in HadSST3 starting in 2015 through September 2017.

The August bump upward was overcome with the Global average matching the lowest level in the chart at February 2015.  September NH temps almost erased a three-month climb; even so 9/2017 is well below the previous two years.  Meanwhile SH and the Tropics are setting new lows for this period.  With current reports from the El Nino 3.4 grid sector, it seems likely October will go even lower, with downward moves across all oceans.

Note that higher temps in 2015 and 2016 were first of all due to a sharp rise in Tropical SST, beginning in March 2015, peaking in January 2016, and steadily declining back to its beginning level. Secondly, the Northern Hemisphere added two bumps on the shoulders of Tropical warming, with peaks in August of each year. Also, note that the global release of heat was not dramatic, due to the Southern Hemisphere offsetting the Northern one. […]

We have seen lots of claims about the temperature records for 2016 and 2015 proving dangerous man made warming.  At least one senator stated that in a confirmation hearing.  Yet HadSST3 data for the last two years show how obvious is the ocean’s governing of global average temperatures.