Marine biologist-turned-filmmaker Randy Olson lamented the current state of the climate debate. Olson declared that climate skeptic Marc Morano “is beating the hell out of the climate movement.”

“They are losing in a big way, Olson said in a episode 47 of America Adapts podcast., who earned his Ph.D. in Biology from Harvard University and made the 2008 climate change film “Sizzle.” 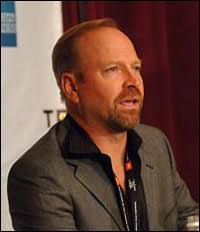 The interview touted how “Randy Olson deconstructs” Morano and “explains what motivates Marc in his climate skepticism.” Olson provided “tough love on what the climate community can do next to effectively counter people like Marc Morano.” See: Listen: Deconstructing a Climate Skeptic: Warmist Interviews Marc Morano

Olson also rejected the notion that Morano and other climate skeptics are motivated by money or are lavishly funded.

“I honestly don’t think money is a factor there at all,” Olson said of Morano.

“Number 2, There is so much money in this climate community, in the foundations, the gargantuan sums of money over a billion dollars as of 2011 poured into this issue of climate and energy,” Olson said. Adding, “Matt Nisbet documented that in his Climate Shift report.”

“It isn’t right for them to be crying poor or somehow Exxon outspends them. That’s a myth. So make sure you dislike Morano for the right reasons,” Olson added.