Gore’s Sequel Review: ‘It’s preaching to the choir’ – Film ‘spends too much time on the vice president’s story’ 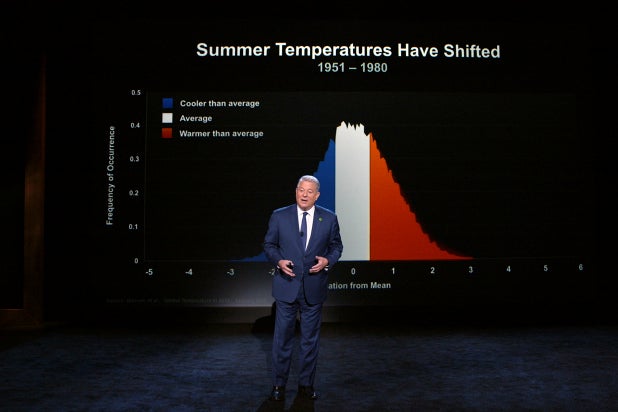 When Davis Guggenheim’s environmental documentary “An Inconvenient Truth” appeared in 2006, it was a widely-embraced wakeup call in which former Vice President Al Gore shook us all as violently as he could. The fact that Gore’s courtly impassivity rarely gave away any deep emotions worked in the film’s favor: the impact came from incontrovertible images and scientific statistics rather than easily-dismissed sentiment.

Guggenheim earned an Oscar, and Gore won a Nobel Peace Prize, but there were plenty of naysayers anyway. Glenn Beck, for one, compared Gore to Holocaust mastermind Joseph Goebbels. Oklahoma Senator James Inhofe called him “full of crap.” And Donald Trump gleefully mocked him when the temperature dropped in wintertime.

So here we are, more than a decade later. Gore has taken considerable beatings, and so has the planet. How has each fared? Those are the twin questions that comprise this urgent follow-up, which is more successful when it focuses on one than the other.

As in the original film, we see Gore delivering lectures on climate change that are filled with appalling facts about our global fate. In fact, there is so much to be learned, so much to show us, that directors Bonni Cohen and Jon Shenk seem a little overwhelmed. (They also made the excellent enviro-doc “The Island President,” which shared many thematic parallels with this film but was unburdened by such high-profile pressure.)