Since 2005, Arctic Sea Ice Has Pivoted To A Slightly Increasing Trend, With No Detectable Arctic Warming 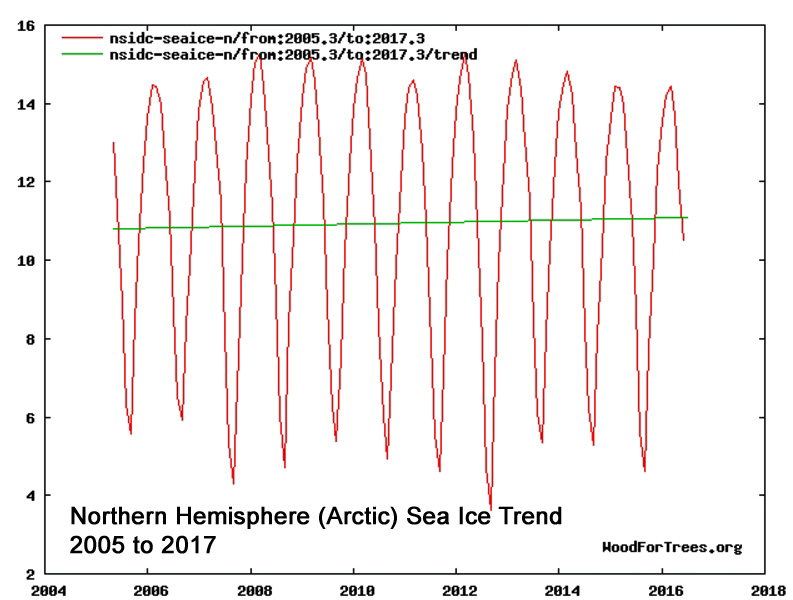 Since the 21st century began, nearly all of the increase in Arctic-wide temperatures occurred between about 2001 and 2005.   Since mid-2005, the Arctic temperature trend has stabilized, with no significantly detectable warming. 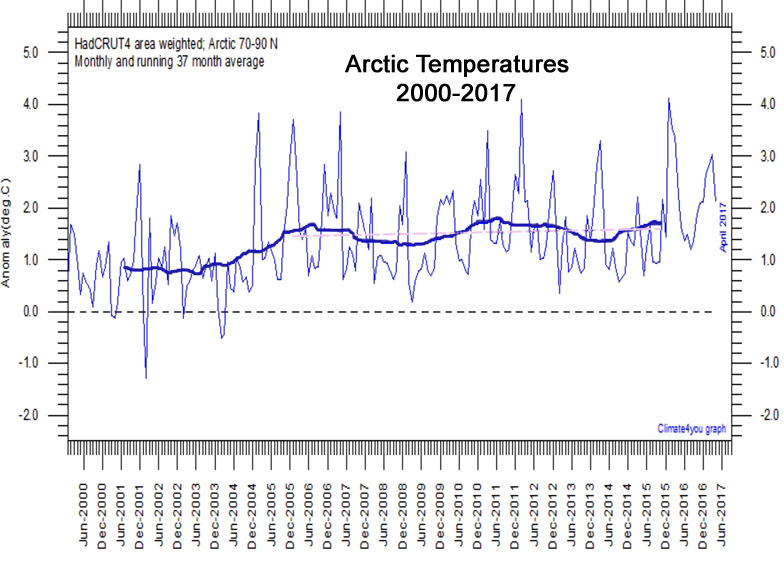 When viewed from a longer-term context, the current  Arctic temperature trends are not unusual.  In fact, the warmth of the last 12 years was matched during the 1920s to 1940s, with about 50 years of Arctic cooling in between. 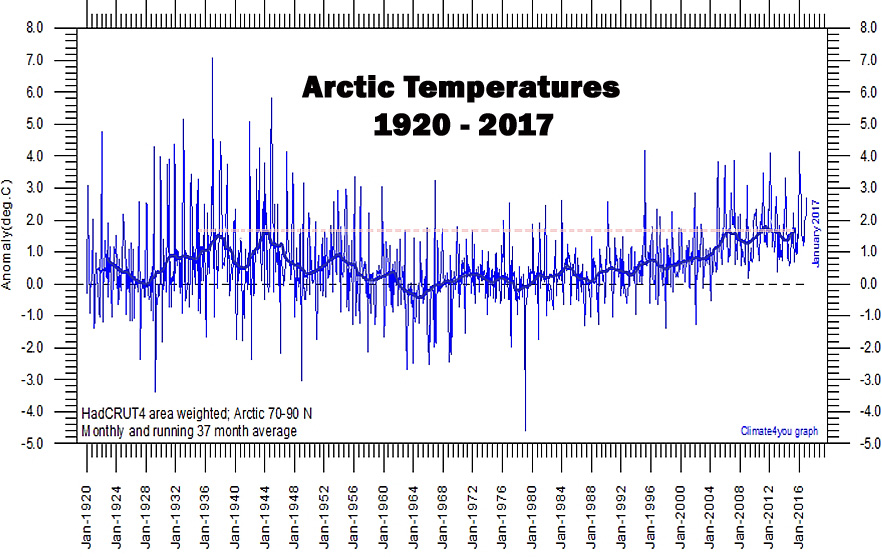 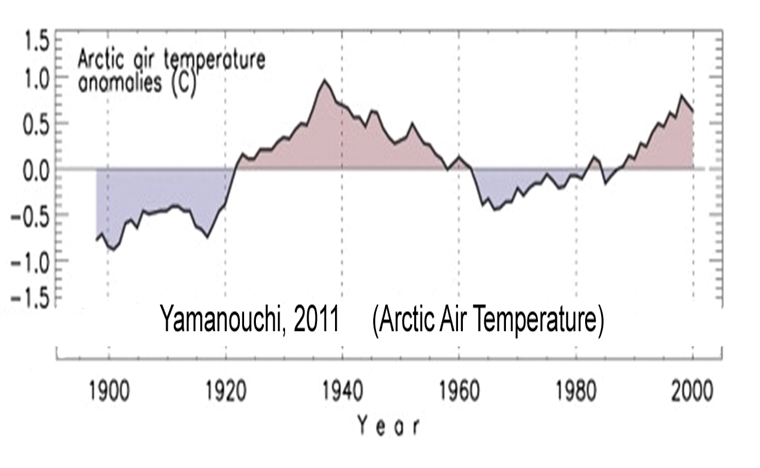 From a still longer-term perspective, not only are modern Arctic temperatures not unusual, they are still cooler than a significant portion of the last 8,000 years.

And not only is the current Arctic sea ice extent not unusual, there is still much more sea ice in modern times than there was during much of the Early Holocene, when the Arctic Ocean was sometimes ice-free during the summer months.

“Researchers have found that 8000 years ago the Arctic climate was 2 to 3 degrees warmer than now, and that there was also less summertime Arctic sea ice than today.”

“The combined sea ice data suggest that the seasonal Arctic sea ice cover was strongly reduced during most of the early Holocene and there appear to have been periods of ice free summers in the central Arctic Ocean.”