When Barack Obama was president, his tight relationship with Canadian Prime Minister Justin Trudeau was dubbed a political “bromance.”

The environmental comrades in arms — both of whom have been critical of President Donald Trump‘s decision to pull the U.S. out of the Paris Accord — shot a brief video selfie together on Friday at the Elysee Palace in Paris, after meeting to discuss all things green. 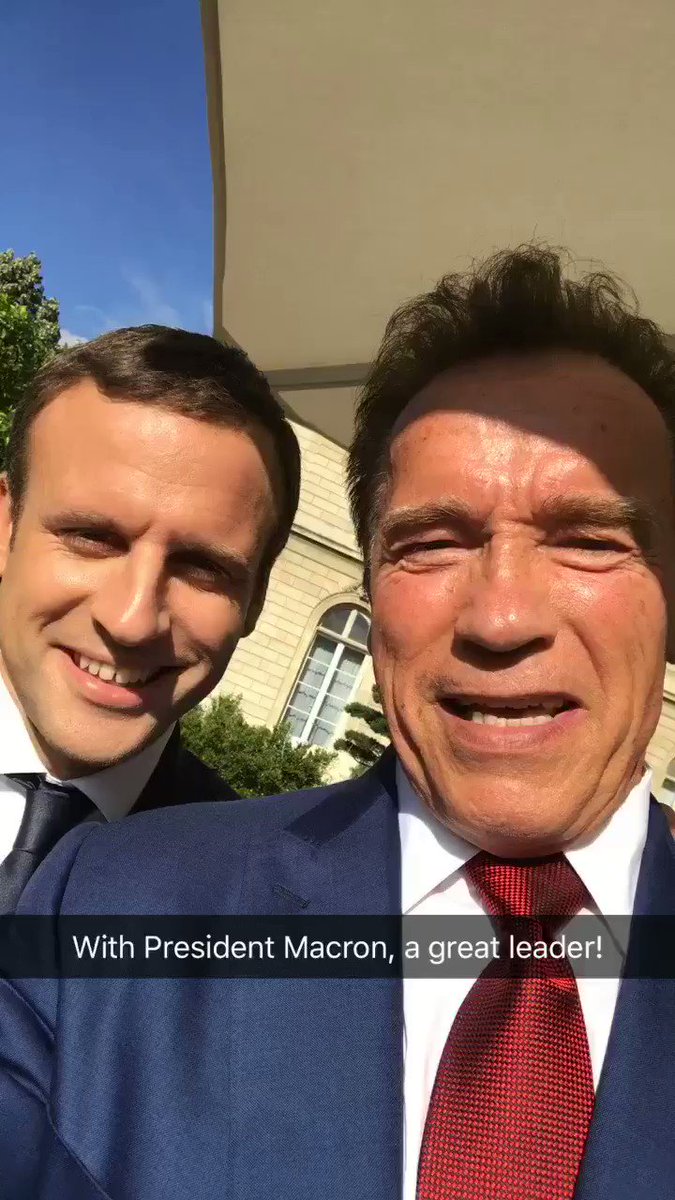 I was truly honored to meet with President @EmmanuelMacronabout how we can work together for a clean energy future. He’s a great leader.

“I’m here with President Macron, we’re talking about environmental issues and a green future,” Schwarzenegger says in the video, before passing the phone to Macron.

“And now we will deliver together to make the planet great again,” adds Macron, an obvious nod to Trump’s “Make American Great Again” slogan. For the duration of the video, a banner across it reads, “With President Macron, a great leader!”

The let’s #MakeOurPlanetGreatAgain project takes form. Glad to work on it with @schwarzenegger. https://twitter.com/schwarzenegger/status/878300271960408064 …

Schwarzenegger told reporters that he and Macron had a “wonderful” one-hour meeting about climate change.

The pair will join on Saturday former United Nations chief Ban Ki-moon, as well as high court judges from several countries, to launch a campaign for a global pact to protect the environment.

Prior to arriving in the French capital, Schwarzenegger delivered a speech on climate change at the Austrian World Summit.