No NY Times, Arctic ice is not ‘vanishing’ 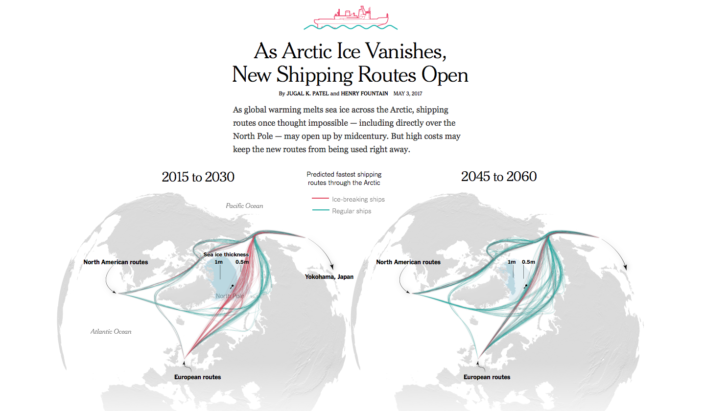 According to NOAA, Northern Hemisphere sea ice has declined somewhat since 1980, but it certainly is not “vanishing”: 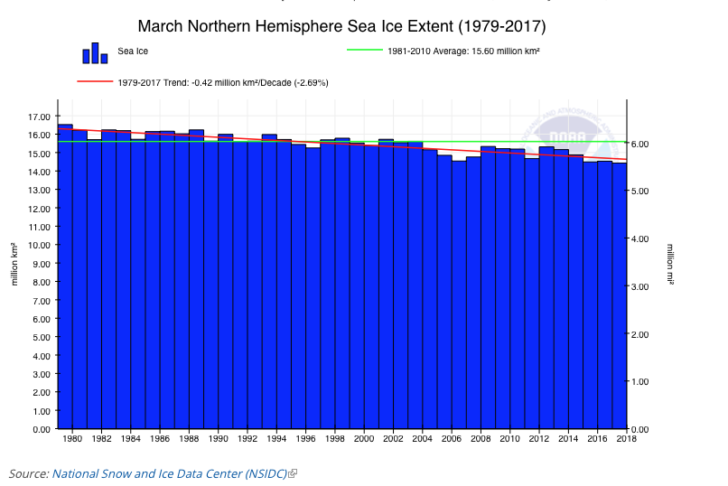 And when you consider that NOAA has a pre-1980 sea ice record, you might reasonably wonder what all the fuss us about. 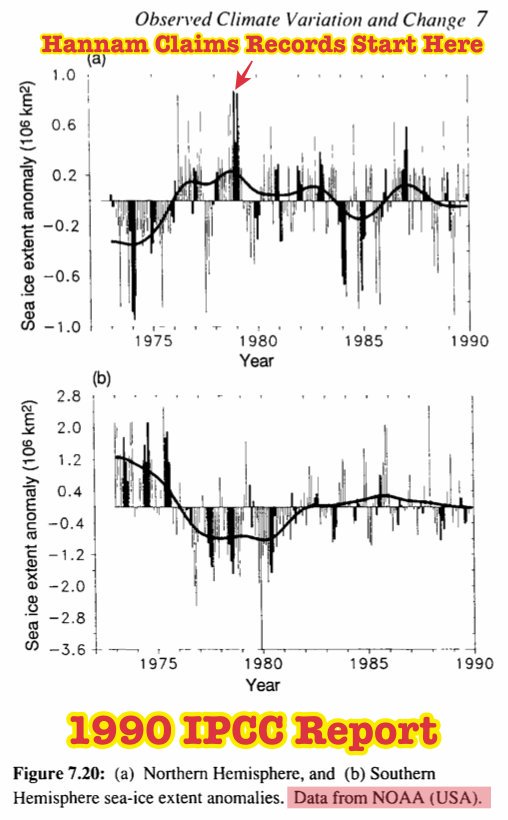 That’s why the NYTimes is called “fake news.”

Satellites have been observing arctic (and Antarctic) sea ice since 1979. Every year there is a pronounced annual cycle where the almost complete winter coverage is much reduced each summer. During this period there has been a noticeable downtrend is summer ice in the arctic (with the opposite behavior in the Antarctic), though in recent years, the coverage appears to have stabilized. In terms of climate change, 40 years is, of course, a rather short interval. Still, there have been the inevitable attempts to extrapolate short period trends leading to claims that the arctic should have already reached ice free conditions. Extrapolating short term trends is obviously inappropriate. Extrapolating surface temperature changes from dawn to dusk would lead to a boiling climate in days. This would be silly. The extrapolation of arctic summer ice coverage looks like it might be comparably silly. Moreover, although the satellite coverage is immensely better than what was previously available, the data is far from perfect. The satellites can confuse ice topped with melt water with ice free regions. In addition, temperature might not be the main cause of reduced sea ice coverage. Summer ice tends to be fragile, and changing winds play an important role in blowing ice out of the arctic sea. Associating changing summer sea ice coverage with climate change is, itself, dubious. Existing climate models hardly unambiguously predict the observed behavior. Predictions for 2100 range from no change to complete disappearance. Thus, it cannot be said that the sea ice behavior confirms any plausible prediction.

It is sometimes noted that concerns for disappearing arctic sea ice were issued in 1922, suggesting that such behavior is not unique to the present. The data used, at that time, came from the neighborhood of Spitzbergen. A marine biologist and climate campaigner has argued that what was described was a local phenomenon, but, despite the claim, the evidence presented by the author is far from conclusive. Among other things, the author was selective in his choice of ‘evidence.’

All one can say, at this point, is that the behavior of arctic sea ice represents one of the numerous interesting phenomena that the earth presents us with, and for which neither the understanding nor the needed records exist. It probably pays to note that melting sea ice does not contribute to sea level rise. Moreover, man has long dreamt of the opening of this Northwest Passage. It is curious that it is now viewed with alarm. Of course, as Mencken noted, “The whole aim of practical politics is to keep the populace alarmed (and hence clamorous to be led to safety) by an endless series of hobgoblins, most of them imaginary.” The environmental movement has elevated this aim well beyond what Mencken noted.