Netflix is launching a new show confidently titled “#bill nye Saves the World” where Nye will explain complicated topics like global warming to kids as he understands it. The show wants to illustrate how #Climate Change impacts everything from politics to pop culture, but from his “special blend of lab procedure” and quirky guests.

He also wants to refute what he considers are non-scientific claims by industry leaders, politicians, and religious leaders. By doing that, he’ll be “saving the world.” There’s just one problem: Nye is a not a scientist and his track record is dreadful.

Since ending his first show in the early 2000s, Nye has been on a quest to convince as many people as he can that climate change is the world’s greatest threat. But schoolchildren aren’t interested in demagoguery, but rather “how and why” things tick. And parents may be wondering if a climate activist should be spreading his gospel to their children. He also brings with him over a decade of controversial assertions that may prove daunting to overcome. 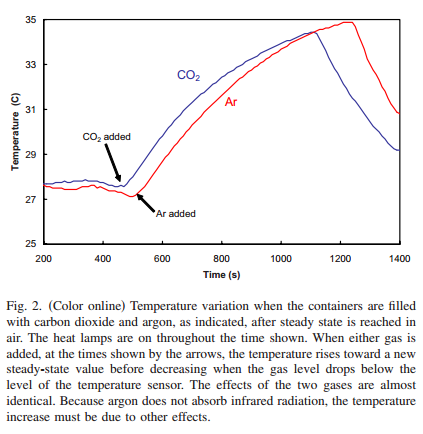 In a heavily publicized experiment, Nye tried to demonstrate how carbon dioxide (CO2) warmed up the atmosphere. He put a thermometer in a sealed container filled with excess amounts of CO2. He then used a heat lamp to warm up the container and watched as the temperature rose. That, he said, was proof that CO2 is overheating the planet. But what Nye proved wasn’t CO2’s response to radiation like the sun, but rather the “convective” properties of any gas.

Genuine scientists who replicated his experiment used Argon as an experimental control gas (a staple in #Science) and just like the CO2, it heated up as well. The problem was that Argon has no infrared properties; Nye’s experiment only proved the “processes related to convective heat transfer,” which play no role in global warming. That didn’t stop Al Gore from incorporating the debunked experiment into his Climate Un-Reality Project to train his climate warriors.

‘So if you’re a politician looking to derail the progress of science, I think you’re not doing your job’

He also said that politicians who doubt global warming were unpatriotic in order to shame them. In a well-publicized interview, Nye said Article 1, Section 8 of the constitution proved his point. He said this section alone should compel lawmakers to “promote the progress of science and useful arts.” Not quite.

The constitution actually reads, “To promote the progress of science and useful arts, by securing for limited times to authors and inventors the exclusive right to their respective writings and discoveries.” It has nothing to do with science and everything to do with patents and copyrights.

NEW YORK CITY – Bill Nye, “the science guy”, revealed he is openly favorable to the idea of jailing ‘global warming’ skeptics at the Hague  as “war criminals.…

Skeptics should be jailed

Nye even said the energy revolution of the early 1900s was “akin to human slavery” and climate skeptics should be jailed for ruining his quality of life. He said doubts about global warming affected his existence as a public citizen. And when Sarah Palin said Bill Nye was not a scientist, the liberal media leapt to his defense proclaiming her remarks were untrue. But Bill Nye was what one journalist described as a “professional lab-coat wearer.”

He has never published a single peer-reviewed paper and has spent most of his time talking about how great science is instead of doing it. Not surprisingly, he graduated from college as a mechanical engineer. He makes science look and feel good, which allows others to call him “the Science Guy.” In other fields, Nye would be known as a science presenter.