The face of the sun was nearly spotless this month as our star marches toward solar minimum, hitting its lowest activity level since 2011. According to Nasa, the number of sunspots appears to be dwindling faster than expected. 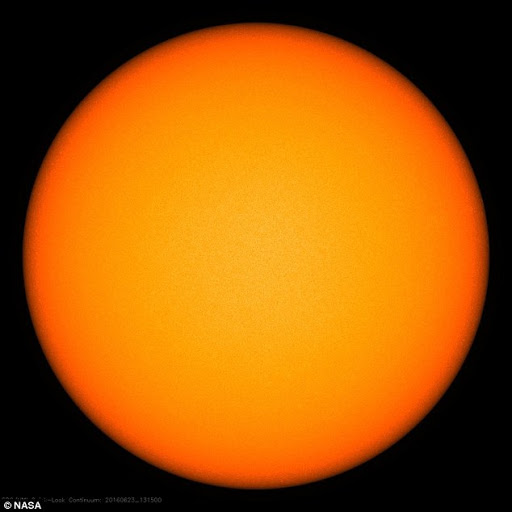 The sun is in the currently in its quietest period for more than a century. For the second time this month, the sun has gone into ‘cue ball’ mode, with images from Nasa showing no large visible sunspots on its surface