Former Vice President Al Gore rallied yesterday with #Hillary Clinton to young Miami voters about #Climate Change, even as attendees seemed more engaged with their smartphones than the so-called risks from a global climate apocalypse. Clinton rope-a-doped Gore into hitting the campaign trail despite their decades-long ‘cold war.’ Clinton is hoping to scoop up Bernie Sanders’ supporters thinking of voting for Green party candidate Jill Stein but weary of Clinton’s climate creds.

Clinton knows that millennials are generally more worried about global warming, except anyone born after 1998 hasn’t experienced any statistical warming. Those who were too young to remember Gore’s 2000 run don’t recall the circumstances behind his failed presidential bid. Gore’s other goal was to give the mostly Miami Dade Collegecrowd a history lesson about losing an election by 500 votes because people voted for Ralph Nader.

Gore and Clinton Hold a Wonkfest

They came to talk about climate. They really talked about … climate. What if the 2016 race had been about policy?

“Take it from me it was a very close election,” Gore said. That prompted some to cheer “You won.” He didn’t. Gore lost his home state of Tennessee, too, plus a host of other traditionally blue states.

This is the first time Gore has come out to rally during #Election 2016, and sources close to Clinton’s campaign said he would only do it if he could focus on the so-called “climate crisis.” He sat out the convention and gave a tepid endorsement of Clinton on Twitter.

Gore said there has been a three-inch sea level rise since 1992 when Hurricane Andrew struck Florida. But tidal gauges and satellite altimeters show only a sea level rise of 1.2 mm per year. That would be about 28 mm since 1992, or 1.1 inches. He was off nearly 300 percent.

Gore also brought up the unique phenomenon in Miami that allow “fish from the ocean to swim on the streets of Miami-Dade and Delray, Ft. Lauderdale.” But that assertion has no basis in fact, wrote the Miami Herald when President Obama made the same claim.

‘[King tides] aren’t part of climate change; they are a natural part of tidal cycles.’

The problem is caused by a naturally occurring event known as a king tide, a rare event when the sun and moon align on the same side of the Earth during a high tide, and the extra gravitational pull produces tides much higher than normal.

He then spoke about tropical diseases now proliferating in Florida, specifically, Zikacases reported in that area. But again, he is leaving out key facts. The Zika virus was carried by people from Africa to Latin America, where it quickly spread northwards to Florida via travelers coming home from vacation.

He also tied Hurricane Matthew to climate change, despite the 11-year span since a major hurricane made U.S. landfall. Gore said it was rare for a hurricane to reach a category 5 so quickly (it did for about six hours). Contrast that with the 1932 Cuba hurricane that lasted nearly four days as a category 5.

Clinton and the end-times

On the same day as her climate rally, the NY Times released an interview where Clinton said: 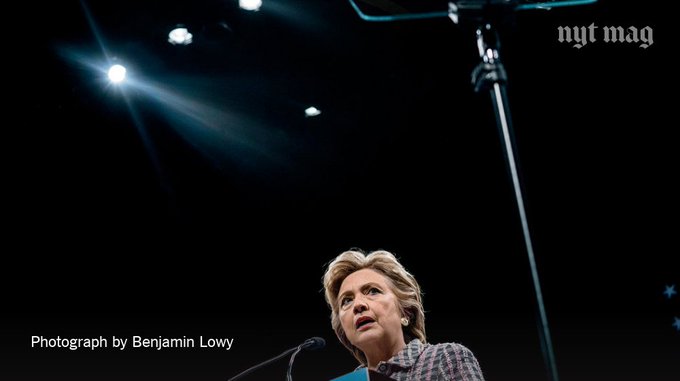 “I’m the last thing standing between you and the apocalypse”: Inside the final weeks of Hillary Clinton’s campaignhttp://nyti.ms/2d5jS43

And after the rally, she tweeted that:

Our next president will either step up our efforts to address climate change or drag us backward and put our whole future at risk.

We’ve always had destructive hurricanes, but Hurricane Matthew was likely more destructive because of climate change.

This is not the first time that Clinton has used a natural disaster to push a false narrative. She even blamed Hurricane Hermine (category 1) on climate change, and climate experts quickly repudiated her claim. Hours after the rally, Gore tweeted out:

IMHO, @HillaryClinton is the right choice in this election if we care about solving the climate crisis. http://ow.ly/1gb33055lsN

Taking on the threat of climate change and making America the world’s clean energy superpower.

As of today, we are still in an 11-year hurricane drought despite Hurricane Matthew. The worst hurricane in U.S. history was the Great Galveston Hurricane in 1900, which killed nearly 6000 people when carbon dioxide levels were well below 350 parts per million.

A reply to @HillaryClinton and @Algore on climate and weather

While attending a rally with Al Gore in Florida today, weather became climate. Hillary Clinton made the statement: Followed by Al Gore saying: What crisis? The worst hurricane ever to hit the USA w…

Meteorologist Anthony Watts noted on his science website “Watts up with that?” that extreme weather events have been going down and not up. And other peer-reviewed studies show that the intensity and frequency of droughts, floods, tornadoes, and other severe climatic events are not trending upwards. As theWikiLeaks have shown us, there is a public and a private Hillary. And when it comes to pushing her narrative, she can easily rely on a “malleable media” to champion her message.