Falsified and sure-to-be-falsified exaggerations from a parade of Ph.D. scientists are ruining the reputation of science itself. 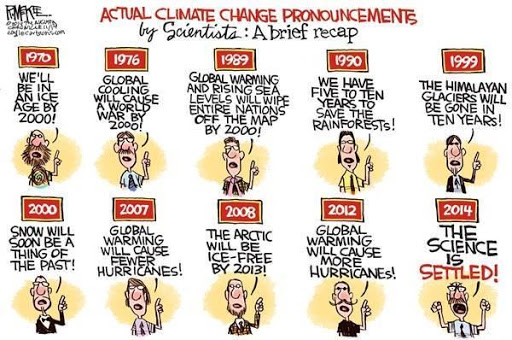 Green activists are at war with the greatest American foe since the Axis Powers—or so they say. The latest Democratic Party platform compares the fight against global warming to World War II.

Using terms such as “battlefield,” “siege,” and “front,” those opposed this “war effort” have been labeled anything from Nazis to Holocaust deniers. (I personally have been called a sociopath by climate activist Joe Romm of the Center for American Progress, another story.)

Equating the Third Reich with the free society’s fossil-fuel reliance, and charging Republicans with climate destruction, is from the theater of the absurd. Americans care greatly about the future; to say otherwise is to deny their very humanity. It is right and fair that critics of climate catastrophism reject calls for bigger government, tax-wise and regulation-wise.