Warmist Joe Romm fumes: ‘Will John Roberts Destroy His Reputation And A Livable Climate At The Same Time?’ 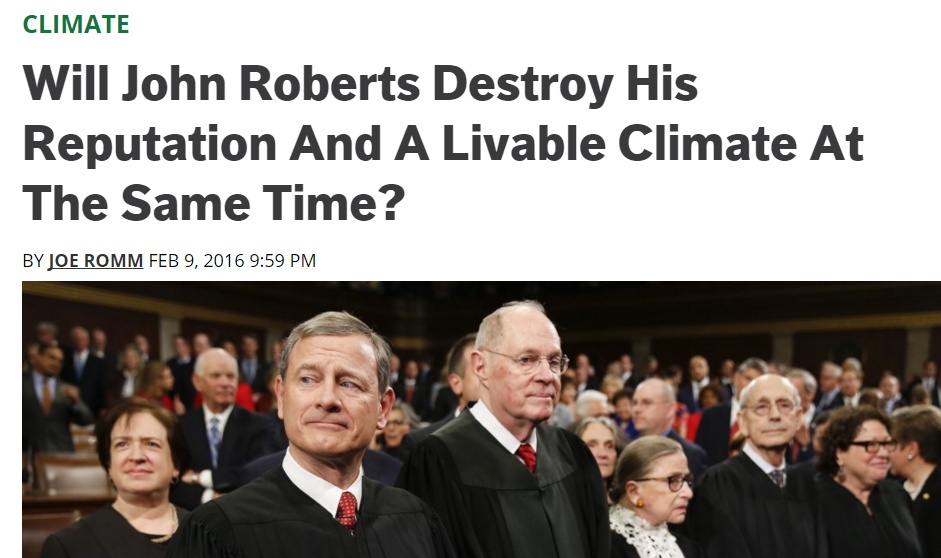 Romm: 'If the Roberts court ultimately decides to kill the rule 5-4 then that decision will immediately become the leading contender for the worst Supreme Court decision in U.S. history. After all, if the nations of the world ultimately don’t avoid catastrophic warming and if the U.S. is seen as bearing a significant portion of the blame — two entirely plausible outcomes — then future generations and historians will be judging the Court’s decision while suffering in a world with a climate that has been irreversibly ruined for centuries.'