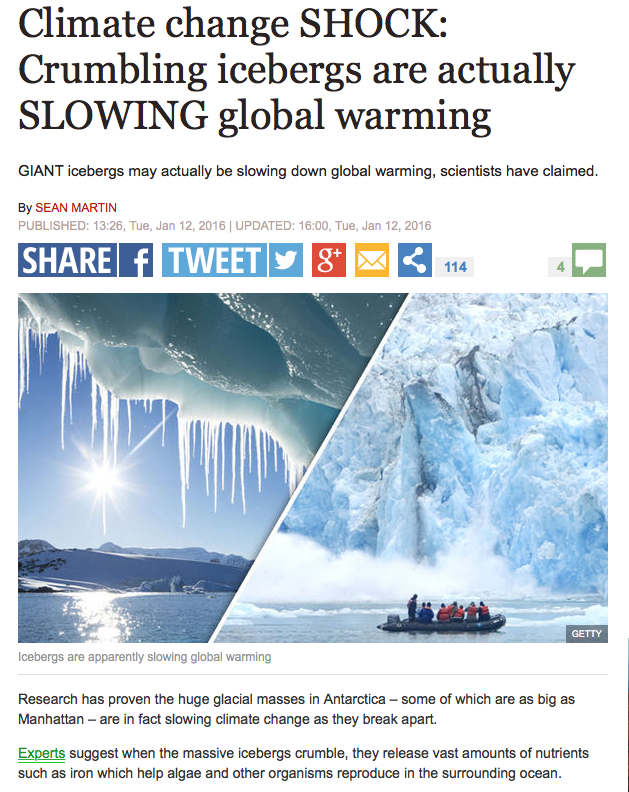 Research has proven the huge glacial masses in Antarctica – some of which are as big as Manhattan – are in fact slowing climate change as they break apart.

Experts suggest when the massive icebergs crumble, they release vast amounts of nutrients such as iron which help algae and other organisms reproduce in the surrounding ocean.

These minuscule beings extract carbon dioxide from the atmosphere, thus reducing the pace of global warming.

The study conducted by members of the University of Sheffield found these ocean blooms are reducing the amount of carbon released into the atmosphere by between 10 and 40 million tons a year, similar to how much greenhouse emissions a country like New Zealand produces.