‘Ice Car’: Vehicle Parked Next to Lake Erie Freezes Over 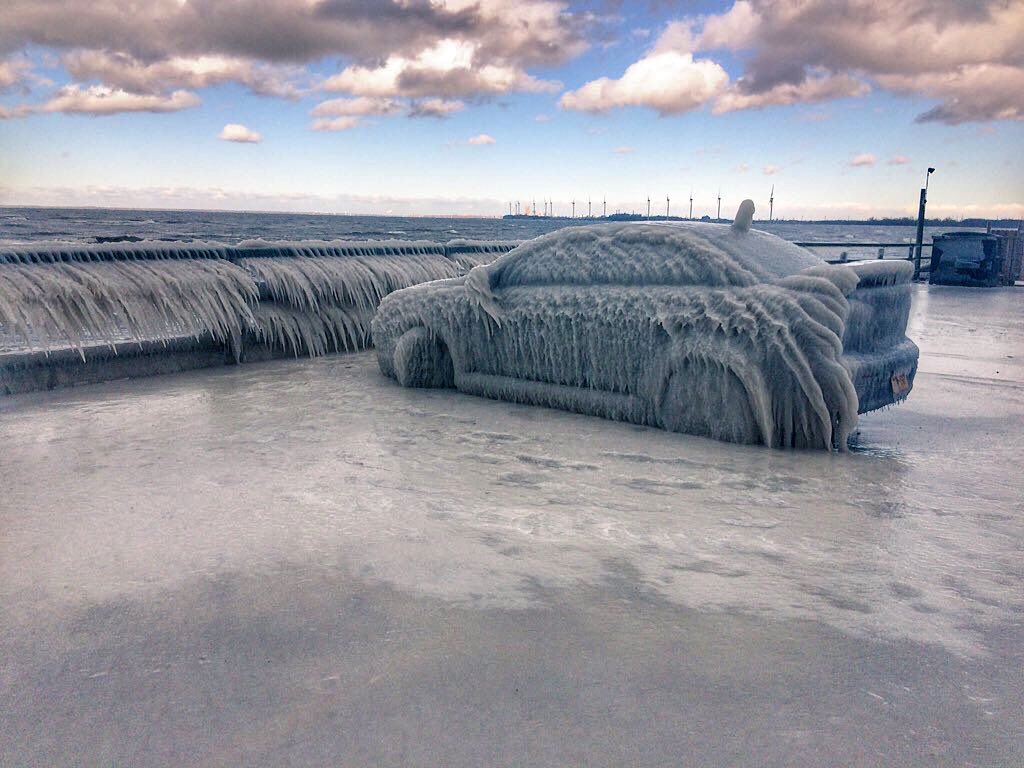 High winds and freezing temperatures in Buffalo, New York on Sunday night left the owner of this car, Justin Yelen, with a treat on Monday morning: a thick layer of ice coating his entire car. 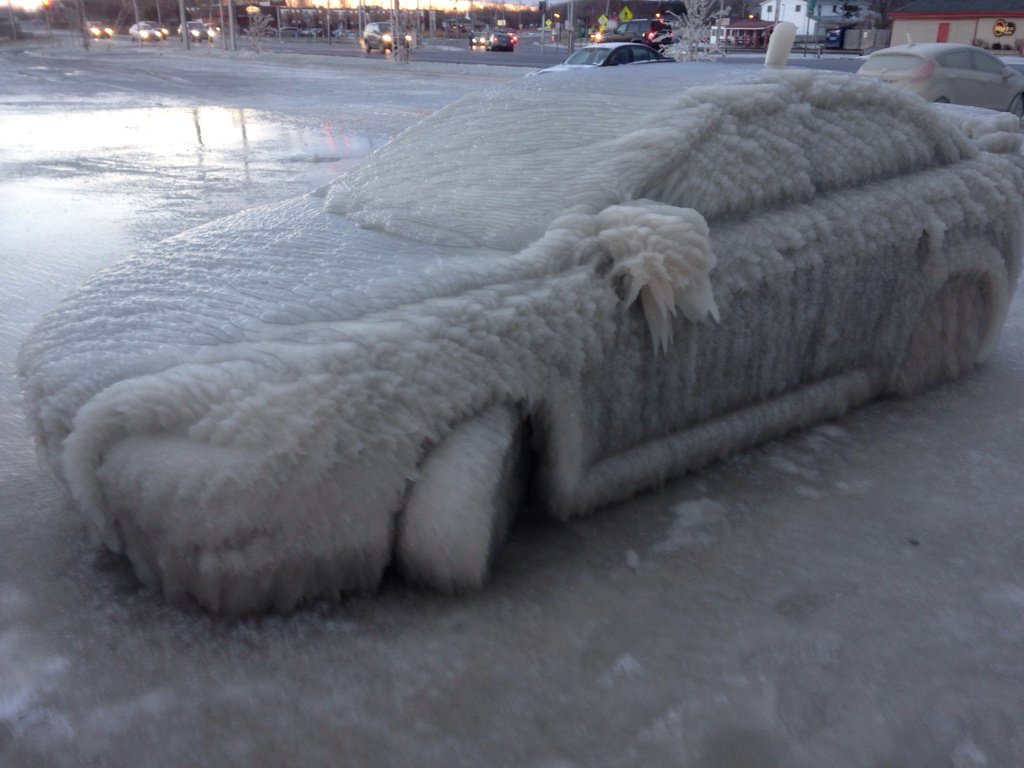 “I hope summer comes soon,” Yelen told local ABC station WKBW. He left his car parked overnight in a lot next to the lake after having drinks with friends and deciding not to drive home. He told news reporters he would have to get rides from his parents until the car thawed out to see if will start or if he’ll need to get it towed.

Photos and videos of the so-called “ice car” have since gone viral on social media.