In the past few days, record snow and cold has descended on many parts of the world while other parts have seen record warmth. (See: Meteorologists refute media claims that Arctic storm caused by humans: ‘That’s utter bullsh*t’ – ‘Who is feeding the media this crap?’)

Below is a small sampling of some of the snowfall records and cold. (Also note: No global warming at all for 18 years 9 months – a new record – The Pause lengthens again)

Mexico – Biggest snowstorm in more than half a century

Heavy snowfall in Peru – In the summer – Surprises inhabitants.

Record snowfall in China – The snowfall lasted over 40 hours

Historic snowfall closes I-90 over Snoqualmie Pass – More than ¼ of an entire season’s snowfall in one week.

Snow paralyzes 30 municipalities of Chihuahua – The temperature dropped to minus six Celsius and is expected to fall further.

Flashback 1940: NY Times: ‘Santa Claus ran into some of the strangest weather of his career’ as he flies through ‘all-time high’ temps 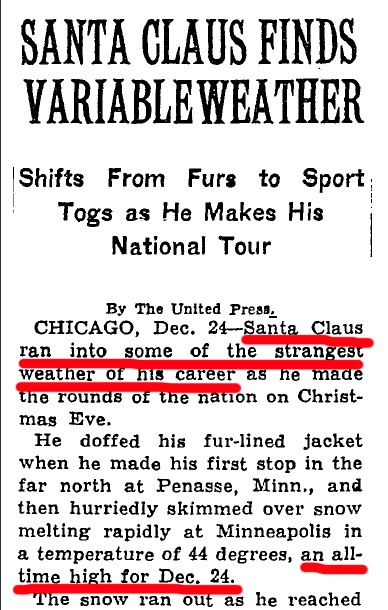 Meteorologists refute media claims that Arctic storm caused by humans: ‘That’s utter bullsh*t’ – ‘Who is feeding the media this crap?’