NY Times: 'What Climate Change Looks Like: A Race to Save Frozen Mummies' - 'Chasing a Climate Deal in Paris - By The New York Times - 'Diplomats are trying to agree to a plan to slow global warming' 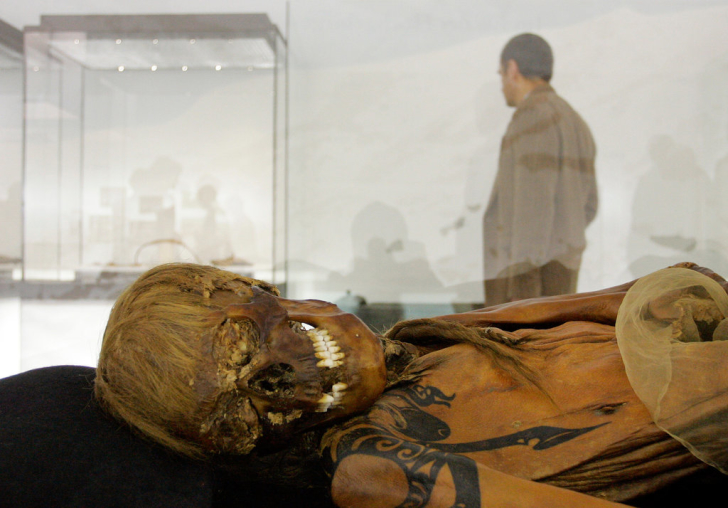 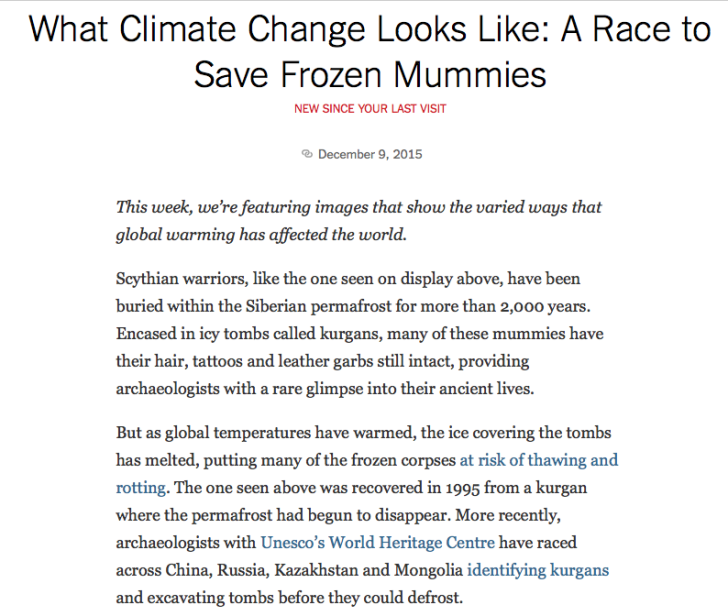 What Climate Change Looks Like: A Race to Save Frozen Mummies

This week, we’re featuring images that show the varied ways that global warming has affected the world.

Scythian warriors, like the one seen on display above, have been buried within the Siberian permafrost for more than 2,000 years. Encased in icy tombs called kurgans, many of these mummies have their hair, tattoos and leather garbs still intact, providing archaeologists with a rare glimpse into their ancient lives.

But as global temperatures have warmed, the ice covering the tombs has melted, putting many of the frozen corpses at risk of thawing and rotting. The one seen above was recovered in 1995 from a kurgan where the permafrost had begun to disappear