The Prince reminds me somewhat of Al Gore here in the U.S.  -- a lifetime devoted to something that is science and they are not scientists. They have had the lemonade and drunk it fully. I am sure they believe and they are sincere, but they are dead wrong.'

No, Prince Charles, Climate Change Is NOT Responsible For Syria Or ISIS

'California is suffering a severe drought, yet very few Californians are flocking to join terrorist groups or commit atrocities. Perhaps there are factors other than the weather, which motivate some people to murder and brutalise their neighbours.' 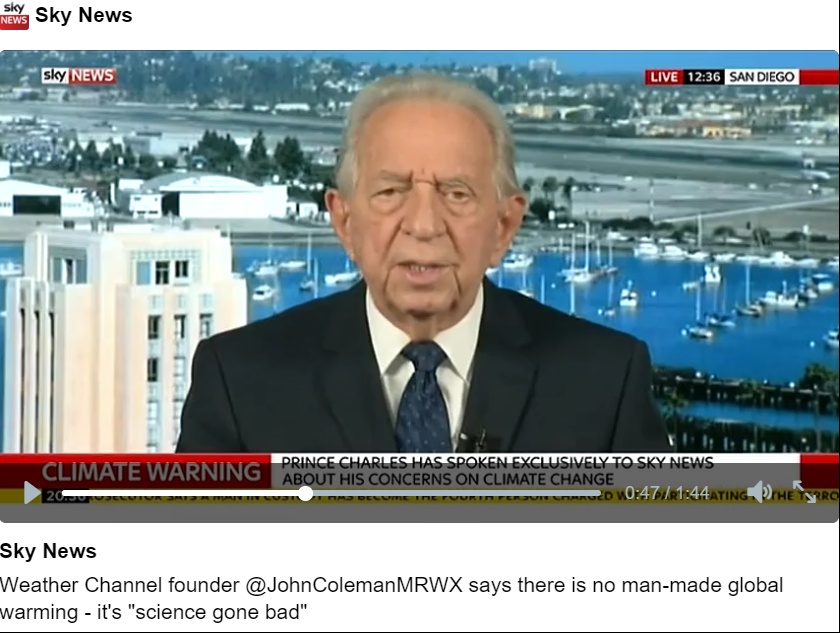