Watch: Morano ‘talks’ to (Cardboard) Pope on TV: ‘We are asking you to reconsider. Please don’t confuse Catholics…you have been horribly misled by extreme UN advisors’ 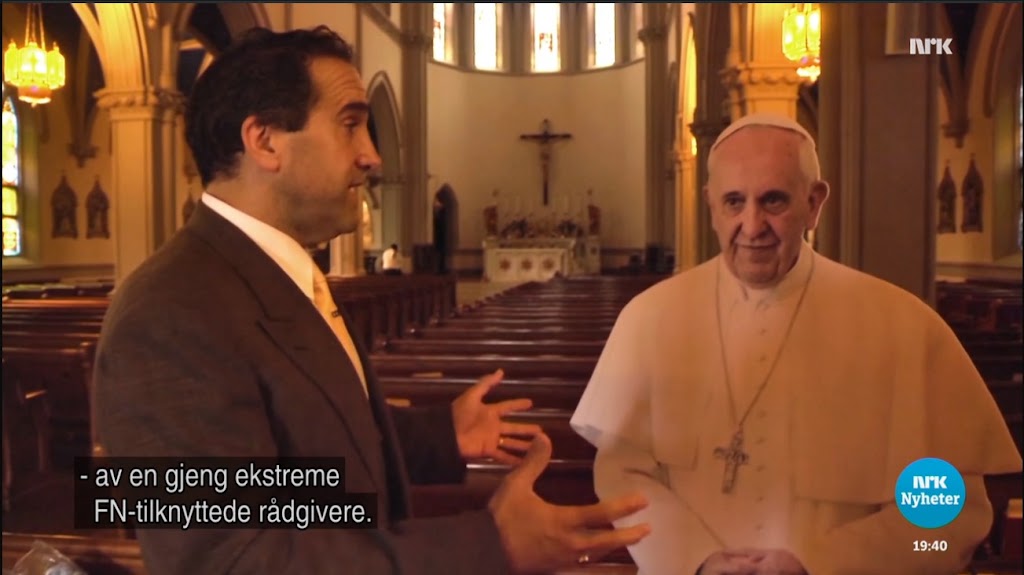 Morano talks to (cardboard cutout of) Pope Francis: Morano to Pope (40:20 sec. into video): ‘Pope Francis, global warming – we are asking you to reconsider. Please don’t confuse American Catholics and Catholics around the world. This is an important issue and I think you have been horribly misled by a bunch of extreme United Nations linked advisors. 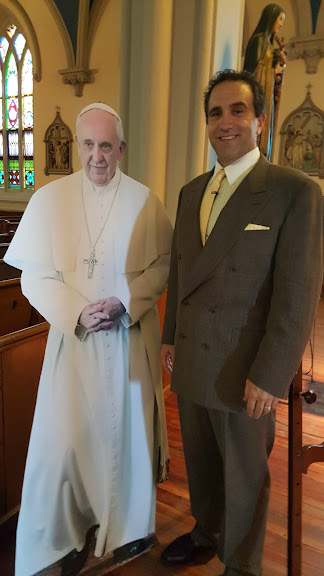 Morano: “When you have a Pope coming out and saying ‘we must ask God for a successful outcome to a UN treaty – that’s very confusing.”

Morano: “Skeptical Catholics of global warming are now going to have to scratch their heads and say ‘Am I now in a league with people who support abortion  or support birth control or gay marriage in terms of church teachings are they all equal? And they are not of course, but the media is portraying it as though they are and many Catholics believe that if you are skeptical of global warming you are not a good Catholic.”

“Carbon based energy – fossil fuels – have been one of the greatest liberators of mankind in the history of our planet. And I think the Pope needs to recognize that. He needs to tip his hat – so to speak – to fossil fueled capitalism and he needs to realize the benefits.” 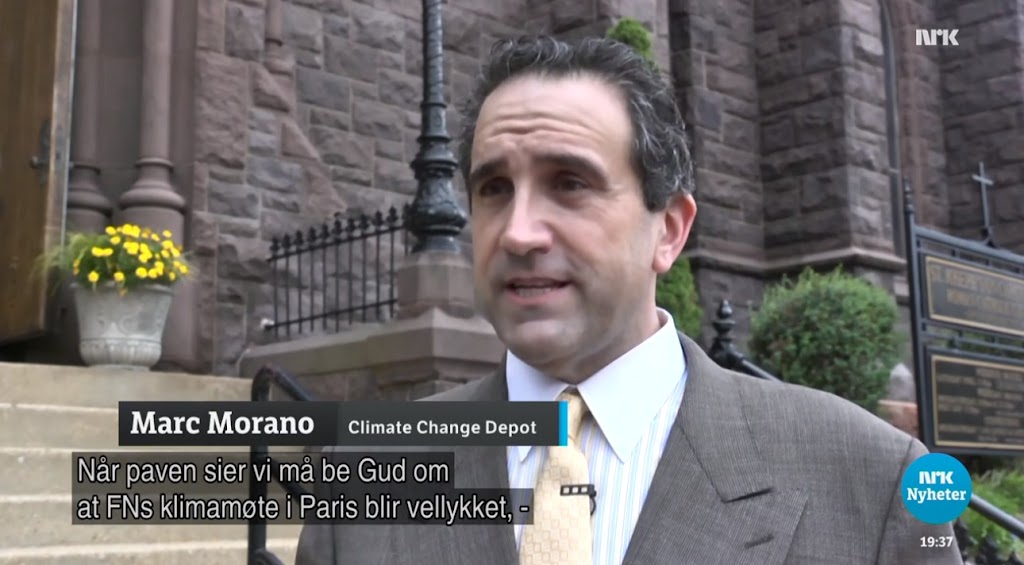 Morano believes that the Pope’s real motive with climate policy is the redistribution of wealth. His position has already been damaged by the fact that he acts as political, says Morano and shows that there are fewer and fewer American Catholics who say they have a favorable impression of him. “It’s confusing when many believers think that they are good Catholics, if they are skeptical about global warming,” Morano explained.

Get Your Climate Skeptic’s Guide To the Pope’s Visit. No Visit is Complete Without One!

Highlights: ‘When the Pope speaks on climate change, he is not speaking authoritatively on Catholic doctrine. He is merely offering his opinion.’

Scientist: ‘Most of the scientific claims cited in Pope’s encyclical are not true.’

‘There has been nothing short of an ‘Unholy Alliance’ between the Vatican and promoters of man-made climate fear. The Vatican advisors can only be described as a brew of anti-capitalist, pro-population control advocates’

‘If the pope from 300 years ago could see our world today, he’d say it was actually cleaner and healthier than his own era.’

‘The Vatican is aligning itself with a UN climate agenda that is at odds with major aspects of Catholic teachings and doctrine.’