Bloomberg Pope poll shows climate lowest of all issues: Only 33% of Americans agree with Pope’s warmism

Bloomberg Poll: America Loves Pope Francis, But Not His Stance on Climate Change - Bloomberg Poll reveals 56% of U.S. Catholics believe the Pope's 'climate change' push is a 'bad direction' for the church. Only 33% think it amounts to a 'good direction.'

'Democrats have a more favorable view of Francis than Republicans, 73 percent to 59 percent...But on the one global issue on which he’s staked so much of his reputation, with a June papal encyclical urging action to combat climate change, just one-third of those surveyed are supportive.' 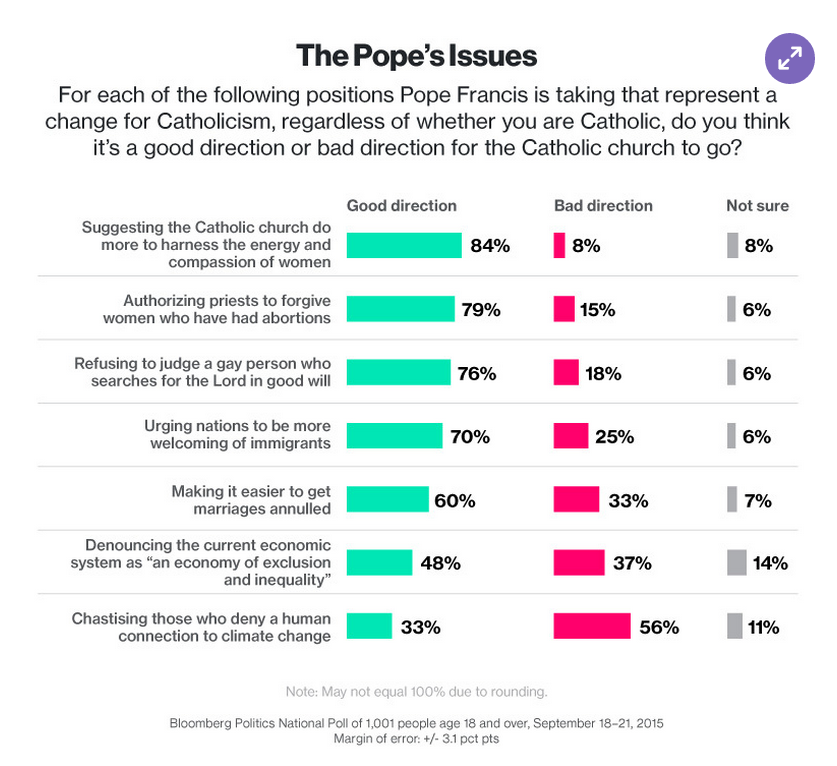