When the Vatican made the announcement that it would be hosting a climate summit on very short notice, Climate Depot sprang into action.

As a Catholic and a climate skeptic, I was following closely Pope Francis views and policy recommendations. I had already written an OpEd in January and did a Fox News segment on the Holy Father’s climate views and proposals. If the Vatican gives its rubber stamp to UN science claims and ‘solutions’, a climate change misled and confused public would be certain to follow. The Pope’s involvement in this issue has the potential to massively mislead not only the world’s Catholics, but other religious people as well. And the pressure was on. See: Vatican Climate Workshop Pressures Pope Francis to Go ‘Full Warmist’

Upon hearing of the Vatican climate summit, CFACT began arranging for my travel to Rome to join up with a delegation of skeptics with the Heartland Institute. Here is a report of the key points made: Climate Skeptics In Rome Warn Pope Francis of ‘Unholy Alliance’ With UN Climate Agenda

The mission proved to be an overwhelming success. The skeptical delegation helped re-frame the entire Vatican/Pope Francis narrative to point out that Catholics worldwide may be weary of an activist climate Pope aligned with a UN agenda. The skeptics helped publicize an Open Letter to Francis. (See: Skeptics Deliver An Open Letter to Pope Francis) The Vatican is now on notice through worldwide media that any encyclical or lobbying activities of Pope Francis on ‘global warming’ will be met with vociferous and well-reasoned arguments, both scientific, economic and religious.

There was talk that many of the establishment media were disappointed with the Vatican climate statement released following the summit at the Vatican. Perhaps the large skeptical presence on hand in Rome prompted the Vatican to pull back some of the more extreme climate claims. See: Environmental Statement by Vatican Does Not Meet Media Expectations

But the one-day Vatican climate summit still produced many worrisome claims that were quickly denounced by scientists. See: Scientist Dr. William Briggs on Vatican climate report: ‘They have some real whoppers in their summary document’

And the economics of the Vatican report were also to the extreme: Vatican Paper: Ditch Capitalism To Stop Global Warming

Climate Depot’s mission was to make a public appeal to the Vatican to consider several key points:

Climate Depot Round Up: Vatican & UN’s shut down of dissent is increasing in climate debate 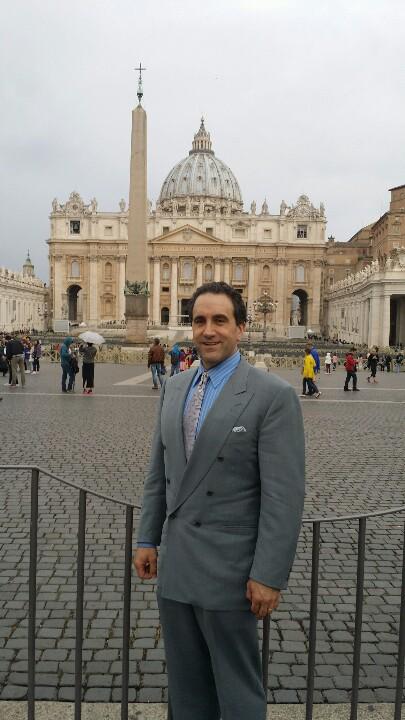