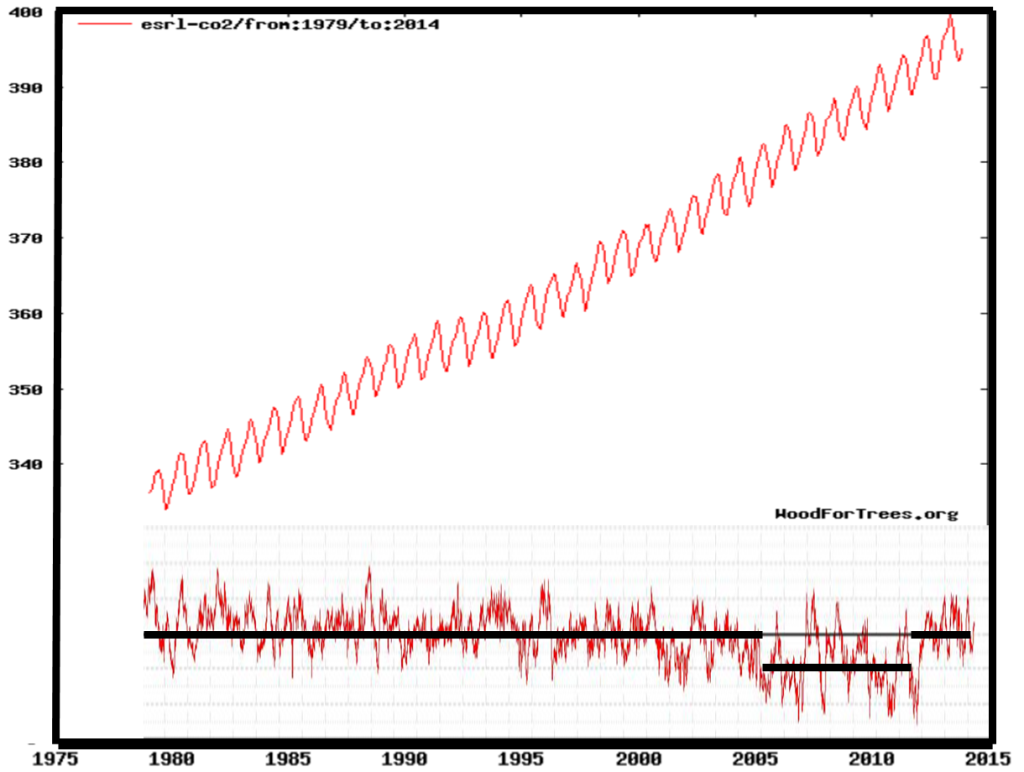 'Today’s global sea ice is basically at the same level as it was 35 years ago, back when CO2 was below 350 ppm.'

The poles, we are told, are supposed to be the tell-tale barometer of global warming. No place is supposed to warm up as quickly as the poles. And because there are practically no thermometers to speak of at both the North and South poles, we need a better way of getting an idea of how temperature is behaving at these remote yet “sensitive” regions of our planet. Because ice melts when it’s warmer and freezes when it’s colder, polar sea ice cover could act as a good measurement tool in place of the mercury thermometer. Not only does it indicate air temperatures, but also water temperatures beneath the ice. It can be argued that sea ice extent is indeed a better way of measuring overall temperature than mercury thermometers. Fortunately NASA has been taking satellite excellent photos of both poles since 1979 and thus we have an accurate record of sea ice spanning 35 years. As CO2 rises, global warming is claimed to be enhanced, and thus the poles should be warming, disproportionately many scientists claim, compared to other regions like those located near the equator. We should see it in the global sea ice record. The following is a plot of CO2 vs global sea ice extent since 1979:  Graphic formed by combining WoodForTrees CO2 plot and the U. of Illinois sea ice plot. The above chart shows that today’s global sea ice is basically at the same level as it was 35 years ago, back when CO2 was below 350 ppm. Moreover the overall trend is flat. There’s no correlation. CO2 has not caused sea ice to melt like it has been claimed to do. Not even close! The melting that did occur was very short in duration, less than 5 years, from 2005 to 2008. The whole scare of a polar meltdown has been nothing but a huge load of bovine manure. The whole thing has been nothing but widespread hysteria in the collective paranoid mind of a society fanned by high tech, highly funded swindlers and a complicit media class. The whole global warming scare arguably has been a power grab by an elitist cabal of lying bureaucrats who have deluded themselves into thinking they have all the answers and solutions. It’s high time that the new generation of politicians start calling it out.