Marc Morano in warmist film: 'I am not a scientist, although I do occasionally play one on TV -- Ok -- Hell, more than occasionally.' - 'We (skeptics) the negative force, we are just trying to stop stuff.' (In theatres March 6, 2015)

Morano responds: 'The warmists have it exactly backwards. It is the global warming proponents who are guilty of the tobacco tactics.' See: Flashback: Warmists’ mimic tobacco industry tactics: ‘Like tobacco industry, Warmists’ manufactured uncertainty & fear by stridently proclaiming certainty & consensus based on dubious & uncertain modeled results predicting disastrous consequences of a warmer climate’

‘Merchants of Doubt’ producer Robert Kenner on Morano : ‘Marc was not thin-skinned. If I asked a tough question, he’d give a tougher answer’

‘Morano seems to be the most aggressive, bullying the scientists he debates’ – Morano stars as villain in new warmist doc ‘Merchants of Doubt’

Morano in starring role as villain in warmist film ‘Merchants of Doubt’ – Morano: ‘I’m not a scientist, but I play one on TV’ 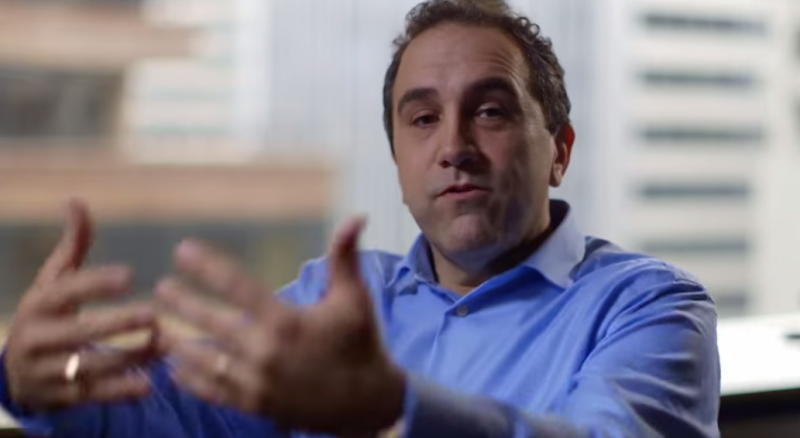 Film Review of Warmist film Merchants of Doubt says Climate Depot’s Morano is ‘proudly sleazy’ in ‘discrediting the science’ – Producer ‘Robert Kenner’s polished and deftly argued film finds compelling subjects on both sides of the fence, from the proudly sleazy Marc Morano, who boasts of his underhanded tactics to discredit the science.’

‘Morano seems to be the most aggressive, bullying the scientists he debates’ – Morano stars as villain in new warmist doc ‘Merchants of Doubt’ – Review of new film: ‘The premise is that Morano is the fun one, the party boy who gets all the good college kids to stop all their boring studying. I don’t think yelling is fun though. Morano is proud of himself for putting scientists’ personal e-mail addresses online so his followers can send them threatening, abusive messages. He even admits he’s only trying to make the pro-climate change side miserable. “We’re the negative force,” he says, “trying to stop stuff.” So there you have it: not contributing anything good, just trying to take away other people’s efforts. Now sure, some bad ideas have to be stopped, but Morano is less about ideology than just being a troublemaker.’