About 7 people spoke against the motion to withdraw the policy. Two were staff of CFACT, a D.C. based nonprofit that promotes the theory that global warming is caused by natural cycles in the earth’s atmosphere.

“Let me categorically state up front, there is absolutely no scientific consensus on the issue of climate change,” said Craig Rucker, who lives in Virginia, and makes over $100,000 working to generate more public debate about Climate Change.

Rucker has also been mentoring a Marshall University student, Caitlyn Grimes, a Political Science major, who told the board they are wrong to continue to teach climate change as dogma. 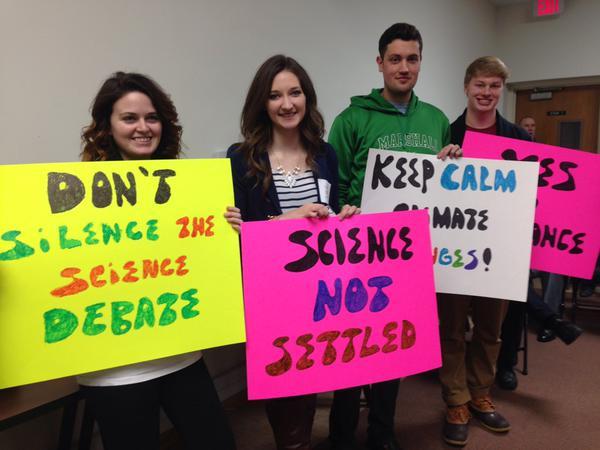 Four students from Marshall University spoke to the board- Caitlyn Grimes (L), Jenna Atkins, Jake Waldman and Matt Jarvis. The students are not science majors, but they are mentored by a group called CFACT and deny climate change as a proven scientific fact.