Watch: Morano on TV urges Canada to stand strong against ‘self-interested UN’ climate treaties – ‘Nothing will be accomplished for the climate — this is all about empowering UN bureaucracy’

Morano on UN climate process: 'This is a political pressure campaign. The UN climate process will do nothing for climate change and it is completely designed to enrich the UN. This is a self-interested UN trying to get more money and more power for itself. Make no mistake about it -- this has nothing to do with climate change...Nothing will be accomplished for the climate -- this is all about empowering UN bureaucracy.'

Morano on China: 'China has just become the world's number one economic power this week. China is building on average one coal plant a week. While the U.S. is shutting our coal plants down and preventing future ones. It tells you a little bit about how vital energy is to economic growth. China has essentially pledged nothing.'

'Canada joins Australia and others who have been called on to do more by the UN. Canada and Australia are the two strongest countries (standing up to the UN) right now. I tip my hat to you being in the U.S. because we are going full throttle into this UN climate mess....If anything my advice to Canada is be more like Australia and stand up to the UN.'

'I am going to Lima Peru next week for UN climate summit. They are calling on all nations to contribute to the UN climate fund which is a slush fund. It is designed to bribe poor countries not to develop and keep themselves poor. The countries that keep themselves the poorest will probably get the most UN aid to subsidize the leaders.'  See: S. African activist slams UN’s ‘Green Climate Fund’: ‘Government to govt aid is a reward for being better than anyone else at causing poverty’ — ‘It enriches the people who cause poverty’ - 'The UN is saying to poor countries: 'Those of you who adopt more anti-prosperity, anti- jobs, and anti-growth policies -- under the pretense of environmentalism -- we will enrich you'' 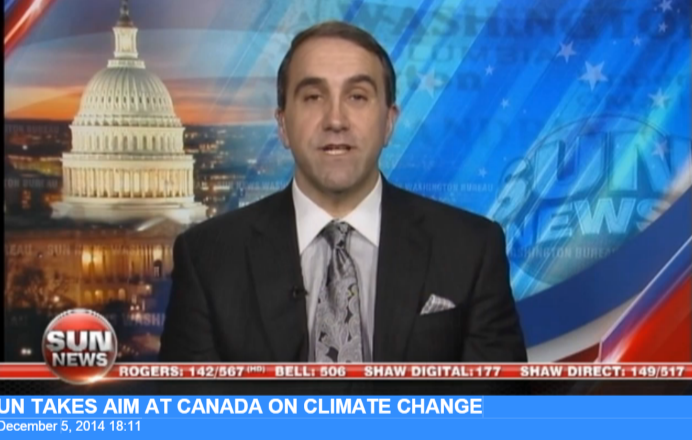