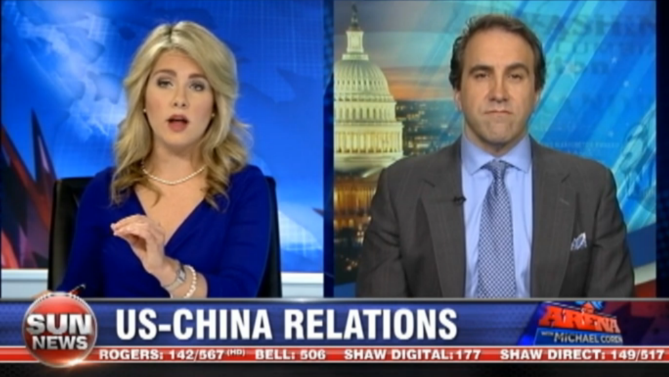 Watch: Morano on Sun News Canada - November 17, 2014 - On U.S. - China deal: 'It was a political ploy set up so U.S.can sign UN global climate treaty in Paris in 2015. It is a meaningless ploys, no enforce-ability. It is a form of punishment, the U.S. is sayhing 'we have been emitting CO2 for so long, we are going to take the extra step, we are the villains here, we are the bad guys.'

'The idea that we can either control storms or global temperature is not scientifically valid and harkens back to medieval witchcraft.'

Morano on UN Green climate fund: 'It’s going to be a giant green slush fund of money distributed by the UN through political patronage system. It’s all designed to make climate an issue that every government has to pay attention to. This is a new political party -  if you will - the climate party, and it’s demanding a lot of fees and its demanding a lot of spending.  The UN bureaucracy loves to spend money, loves to have scandals, loves to empower themselves. So this is all about empowering UN bureaucrats, diplomats and delegates and the UN’s own sense of self importance.

This has nothing to do with global warming, this is what the progressive left wants to do: Centrally plan everyone’s lives as they see fit.'

Flashback: S. African activist slams UN’s ‘Green Climate Fund’: ‘Government to govt aid is a reward for being better than anyone else at causing poverty’ — ‘It enriches the people who cause poverty’ - 'The UN is saying to poor countries: 'Those of you who adopt more anti-prosperity, anti- jobs, and anti-growth policies -- under the pretense of environmentalism -- we will enrich you''