Watch: Morano on TV on China deal: ‘There is nothing here. China agreed to a non-binding deal to peak their emissions around 2030 — which is happening anyway’ 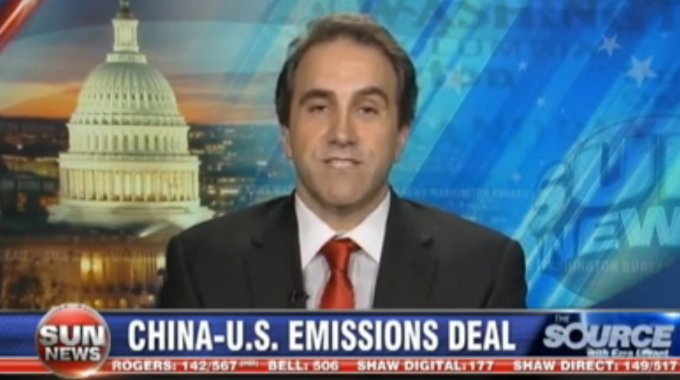 Sun News - The Source w/ Ezra Levant - November 12, 2014
Marc Morano: 'All the emission scenarios show China will peak around 2030. So guess what -- China agreed to a non-binding agreement to peak their emissions around 2030 -- which is happening anyway. There is nothing here. ..
Any deal with China on carbon dioxide emissions is a bad deal because it is not scientifically valid...Ultimately Obama is setting up the U.S. for further UN treaty commitments particularly in Paris next year. That's what this is really about...This is nothing but a PR stunt. China is doing what is right for their people by building more and more carbon based energy.'