Watch Now: Morano in Fox News debate with warmist on Climate March: Morano: ‘You guys say we face the greatest threat and then you propose symbolism to solve it’

Selected excerpts: Morano: 'The satellite data shows that we are almost at 18 years with no 'global warming. That means every kid 18 or under at that march has never experienced global warming in their lifetime.

Warmist New York State Assemblyman Brian Kavanagh defended placing global warming as high priority in U.S. by stating: 'We need to be a country that can walk and chew gum at the same time.'

Morano to Kavanagh: 'You keep talking about walking and chewing gum, this is stepping into gum. You have a UN treaty & EPA -- where even if you buy their science - Podesta said EPA regulations would help reduce future storminess. The regulations will not even impact global emissions, let alone temperature, let alone storminess. Don't sell [regulations] as a solution to an urgent problem which they have ginned up. You guys say we face the greatest threat and then you propose symbolism to solve it. Even if you buy the science, what you are proposing makes no sense. Get your feet out of the gum."

Morano on IPCC: 'The UN IPCC scientists are handpicked by governments because they will agree with conclusion. It is pure politics masquerading as science.' 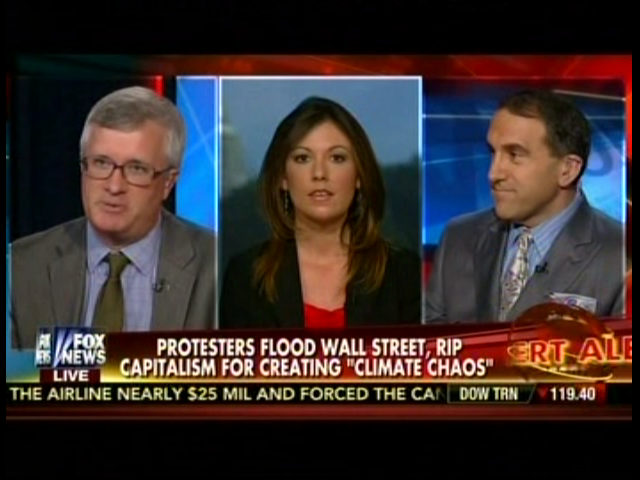 Morano on Fox News 3 Times in One Day: Watch Now: Obama & UN ‘are selling symbolism for what they are calling the greatest problem human kind has ever faced’

Below is a picture of Fox News show ‘Hannity’ segment.