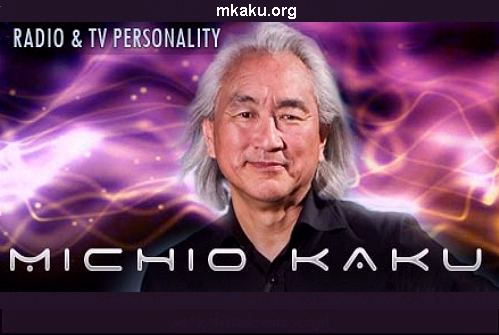 CBS This Morning featured a futurist who promotes paranormal phenomena like ‘telepathy, telekinesis and mind reading’ as climate expert during its February 13 broadcast. CBS only identified physicist Michio Kaku ([email protected]) as a New York City College professor, with no mention of his special abilities. See: CBS Blames Global Warming for Harsh Winter Weather: Prof. Michio Kaku: ‘Excess heat generated by all this warm water is destabilizing this gigantic bucket of cold air….So that’s the irony, that heating could cause gigantic storms of historic proportions’

Kaku’s website (http://mkaku.org/home/) promotes his book: “THE FUTURE OF THE MIND: The scientific quest to understand, enhance, and empower the mind.” And his quest to promote: “Telepathy. Telekinesis. Mind reading. Photographing a dream. Uploading memories. Mentally controlled robots.”

Kaku claims all of “these feats” have already been achieved. “These feats, once considered science fiction, have now been achieved in the laboratory, as documented in THE FUTURE OF THE MIND,” Kaku’s website declares.

Kaku notes that his “book goes even further, analyzing when one day we might have a complete map of the brain, or a back up Brain 2.0, which may allow scientists to send consciousness throughout the universe.”

Kaku’s global warming comments were not well received by the scientific community:

‘No effing clue what he is talking about’: Meteorologist Dr. Ryan Maue Calls Warmist Physics Prof. Michio Kaku of NY City College ‘a festering wound on field of meteorology’ for Kaku’s blaming ‘excess heat’ on record cold and snow

Meteorologist Dr. Ryan Maue of Weather Bell tweeted on Kaku: He’s ‘like a festering wound on field of meteorology, Michio Kaku says ‘we think’ harsh winter is due to global warming,” Maue wrote.

“Kaku has no effing clue what he is talking about – ‘unstable jet stream’ — huh? How could someone supposedly so learned sound so doltish?,” Maue asked on Feburary 13, 2014.

“Must apologize to Bill Nye — he is now number 2 most egregious butcher of meteorology and climate science. New rankings come out weekly,” Maue quipped.

Houston Chronicle climate reporter Eric Berger joined in the Kaku bashing, noting Kaku is “a physicist (and not a well-regarded one among his peers) not an atmospheric scientist.”

CBS BLAMES GLOBAL WARMING FOR BAD WINTER –  Guest Michio Kaku, a physics professor from New York City College–not a climatologist, but a physicist–claimed that the “wacky weather” could get “even wackier” and its all because of global warming. “What we’re seeing is that the jet stream and the polar vortex are becoming unstable. Instability of historic proportions. We think it’s because of the gradual heating up of the North Pole. The North Pole is melting,” professor Kaku said. “That excess heat generated by all this warm water is destabilizing this gigantic bucket of cold air… So that’s the irony, that heating could cause gigantic storms of historic proportions,” the prof explained.