Prof. Roger Pielke Jr. Global Tropical Cyclone Landfalls 2013: ‘The US is currently in the midst of the longest streak ever recorded without an intense hurricane landfall’ 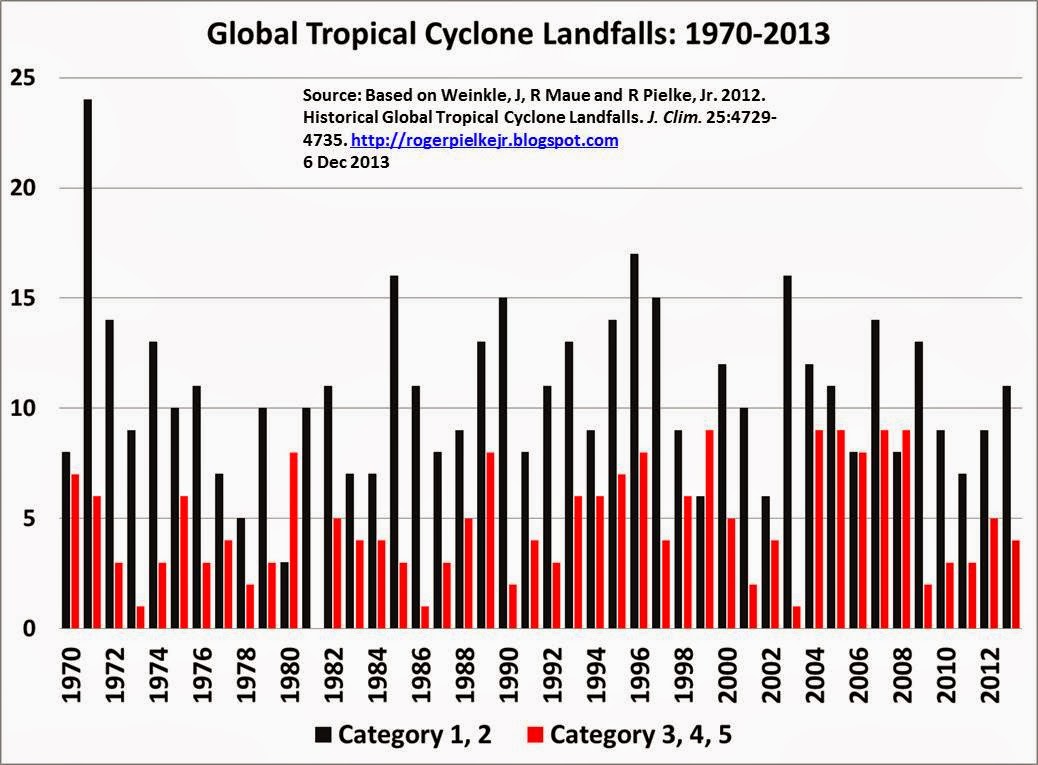 Pielke Jr.: 'There is even evidence in our paper (see our Figure 2) that the period before 1970 saw more intense hurricane landfalls than the period since. Older data from the North Atlantic and Western North Pacific (which together represents 64% of all global intense landfalling hurricanes 1970-2010 and 69% of all hurricanes) indicates that landfalling intense hurricanes in these two basins occurred at a 40% higher rate from 1950-1969 than 1970-2010. There were 9 intense landfalls in 1964 and 1965 in just these two basins, which equals the global record for all basins post-1970.