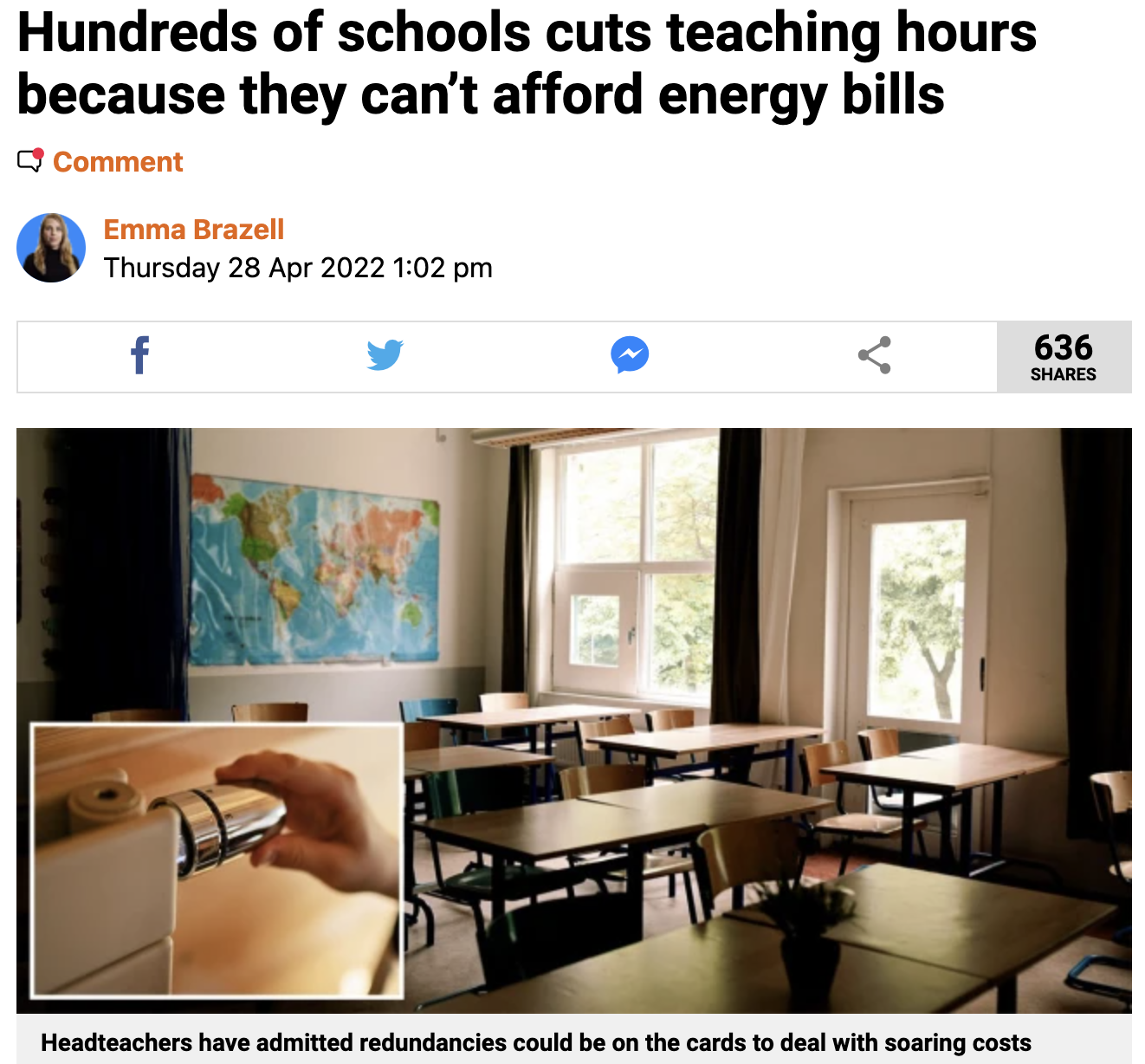 The UK’s cost of living crisis is hitting children’s education – with some schools cutting spending on teaching to save on nightmare bills.

Nearly two-thirds of headteachers are planning to chop down energy consumption amid the largest cost surge in living memory, a new poll reveals.

More than half (54%) say they will limit spending on equipment for their schools, while 15% are reducing the number of teachers or teaching hours.

Meanwhile 30% will scrap some non-educational support and services for pupils after wholesale gas prices skyrocketed and Russia invaded Ukraine.

A survey by the NAHT school leaders’ union showed headteachers are expecting to pay an extra £26,786 for energy in the next financial year.

On average, the total annual energy bill for each school is predicted to be £53,298.

More than a third of headteachers – 37% – fear they won’t have enough money in their budget by the end of 2023, with some warning redundancies could be on the cards.

Meanwhile, some are resigning, or considering doing so, so cheaper replacements can be hired.

The poll, which had more than 1,000 replies between March 21 and April 5, showed just 1% of heads believed their energy costs would not increase over the coming year.

Government assistance has proved fruitless for many. with a fifth using either the Crown Commercial Service’s School Switch service or one of the DfE’s approved frameworks for an alternative energy supply quote – but most (74%) still not able to lower costs.

Paul Whiteman, NAHT general secretary, said a ‘clear’ message had been sent that rising energy costs ‘will almost certainly have a negative impact on education, and could hamper recovery efforts’.

‘For some, the energy price hikes are the equivalent to the cost of a full-time teacher’, he said.