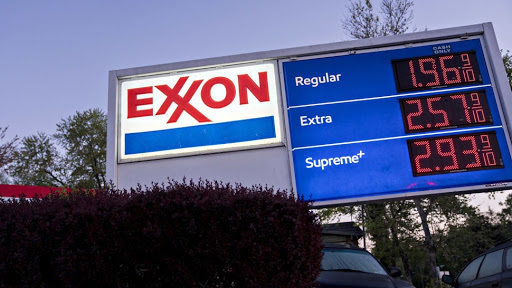 Exxon Mobil, the largest U.S. oil company, posted its first quarterly loss in three decades on Friday as the industry continues to struggle with a glut of oil amid a historic drop in demand.

The oil giant reported a “market-related” $2.9 billion hit in the first quarter of 2020 which resulted in a $610 million loss from January to March, according to The Wall Street Journal. Exxon has cut back budgeted spending on acquiring and maintaining assets in 2020 by $10 billion, or 30%.

“We’ve never seen anything like what the world is facing today,” said Darren Woods, CEO of Exxon. “Bottom line: It’s going to be a challenging summer with a pretty sloppy market.”

Chevron posted profits of $3.6 billion in the first quarter, but officials expect the oil company to suffer losses later in the year because of the oil-price crash in March and April that caused the price of oil futures to dip below zero, the first time ever. Both Exxon and Chevron are cutting their production by hundreds of thousands of barrels a day.

“The industry and the world are in a tough place right now,” Chevron CEO Mike Wirth said. “It feels like we’re bumping along a bottom for energy demand when we look at the data. But it doesn’t say it’s going to snap back.”

The number of active oil rigs operating around the world is expected to fall by 30%, according to Markets Insider. During April, the number of oil rigs in the United States fell 44% from what it was a year before.

The coronavirus pandemic crashed global demand for fuel as nations began instating emergency stay-at-home orders, drastically reducing travel. In many places, government restriction have forbid people from leaving their homes for weeks at a time except for approved activities such as picking up groceries and medicine or exercising a pet.

Russia and Saudi Arabia engaged in a price war earlier in the year after Moscow pulled out of an agreement to cut its oil production in order to keep prices steady. Both countries responded by ramping up production in an attempt to push the other out of global markets, sending the global price of oil falling and contributing to a massive build up in supply as the virus began to spread.

On April 12, President Trump touted“hundreds of thousands of energy jobs” in the United States saved by an international agreement between the 13-member Organization of the Petroleum Exporting Countries, led by Saudi Arabia, and 10 other countries, including Russia, to cut global production and stabilize oil prices.

Though the U.S. is not an active participant in the deal, Trump took steps to ensure it was agreed to. The president worked out a last minute deal between Russia, Saudi Arabia, and Mexico after Mexican President Andrés Manuel López Obrador, unhappy with how much Mexico was asked to cut, threatened to pull out of the deal.

Trump said that if the other signatories to the deal, known as OPEC+, agreed to let Mexico pump more oil, the United States would make up the difference. In announcing the deal to the U.S., Trump promised that Mexico would “reimburse us at a later date” for the oil cuts.