From 1993 to 2018, the satellite altimetry sea level changes reveal both positive and negative accelerations, align with oscillatory patterns, and are dominated by internal variability (e.g., PDO, ENSO). The “forced acceleration pattern” assumed to be associated with anthropogenic global warming “has not emerged”.

Negative or negligible sea level accelerations both in recent years and in the long-term record.

For years scientists have been trying to detect an anthropogenic influence in sea level changes globe as manifested by an acceleration that rises out of the range of natural variability. 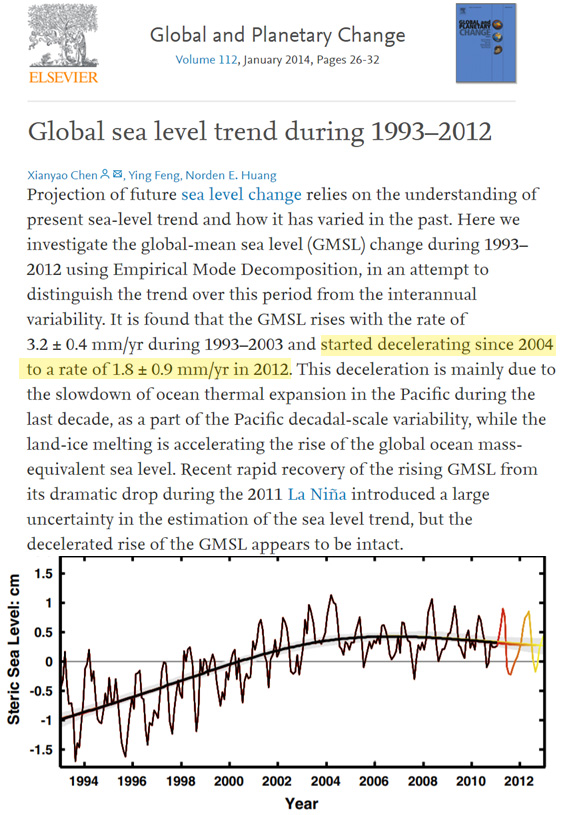 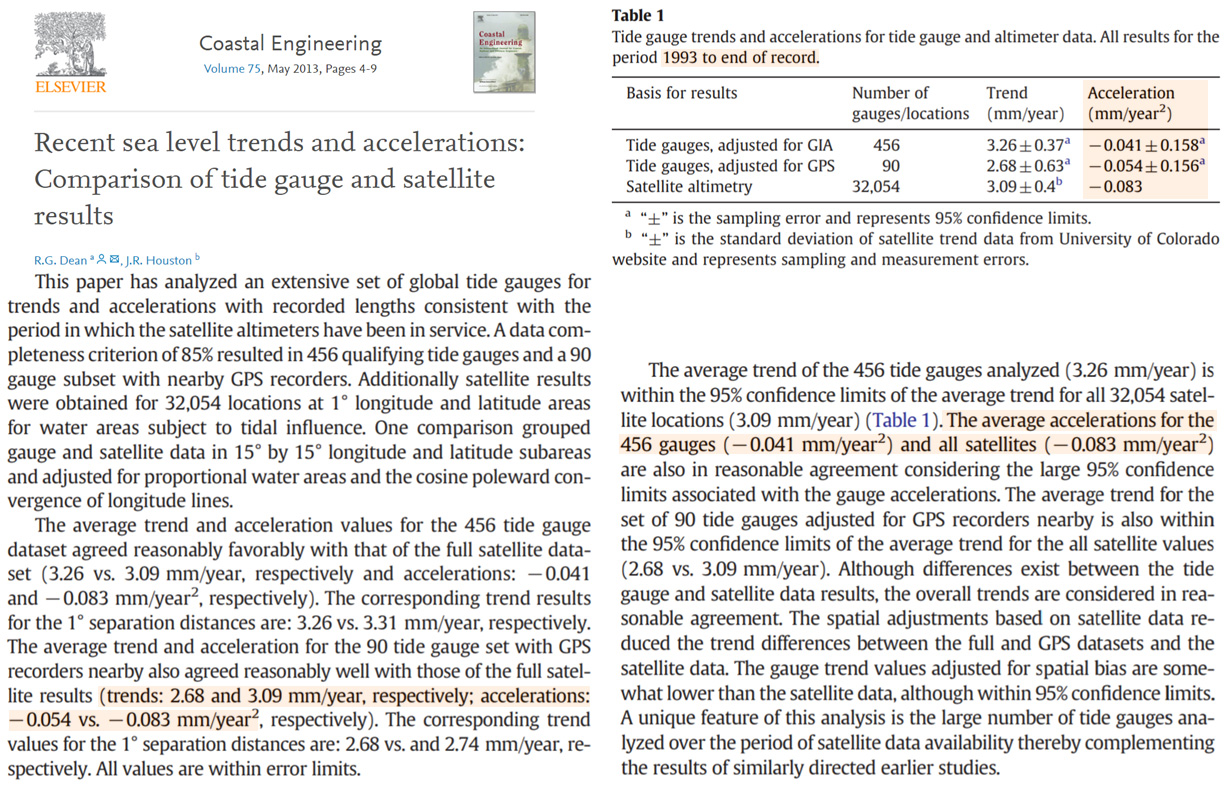 For the long-term trend, when cleared of multi-decadal oscillations, “there is no sign of acceleration” in sea level changes across the globe.

In the locations where the tide gauge record do evince acceleration, they are still “remarkably close to zero” (Boretti, 2020). 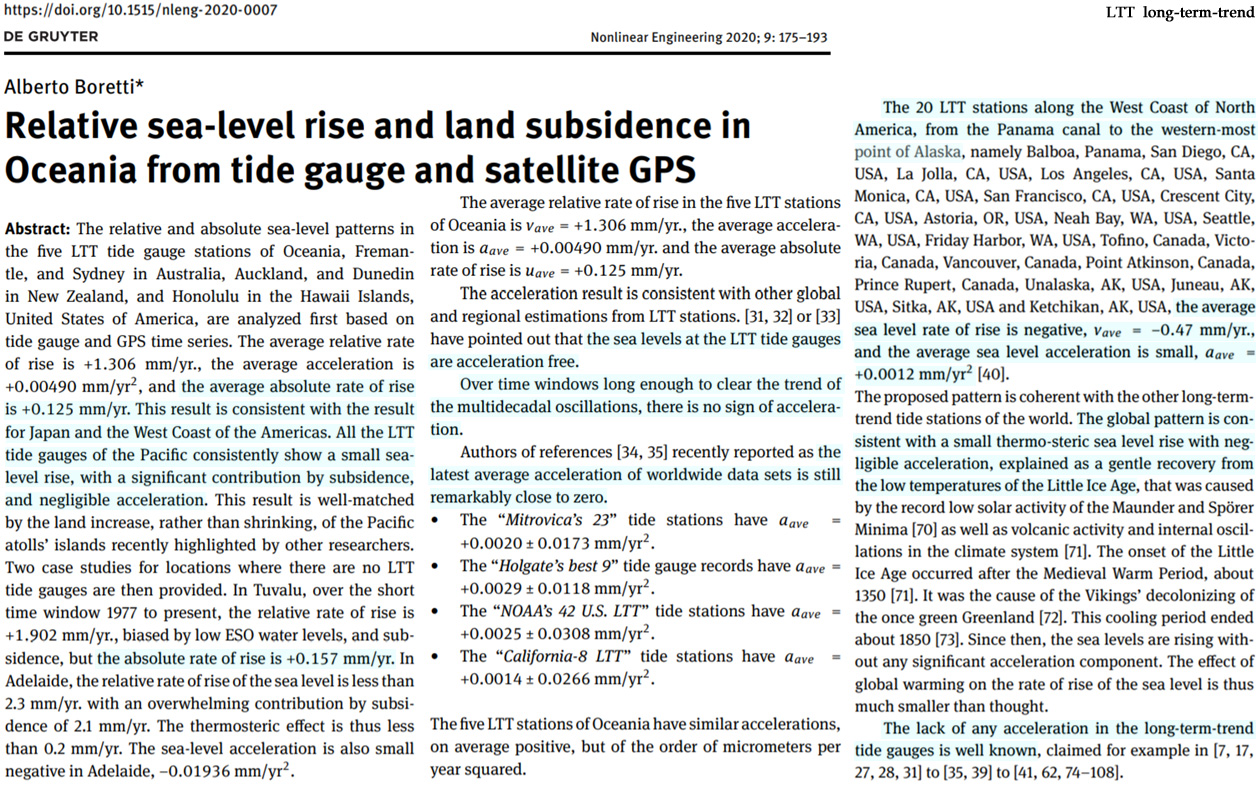 The Pacific Ocean is where the largest sea level rise trends have emerged in recent years.

But even in locations where sea level rise is most pronounced, there have been positive as well as negative accelerations reminiscent of oscillatory patterns since the satellite altimetry era began in 1993.

Consequently, scientists (Palanisamy et al., 2015) have concluded that “an anthropogenic sea level fingerprint…is still too small to be observable by satellite altimetry” and the trend is “mainly due to internal variability“. 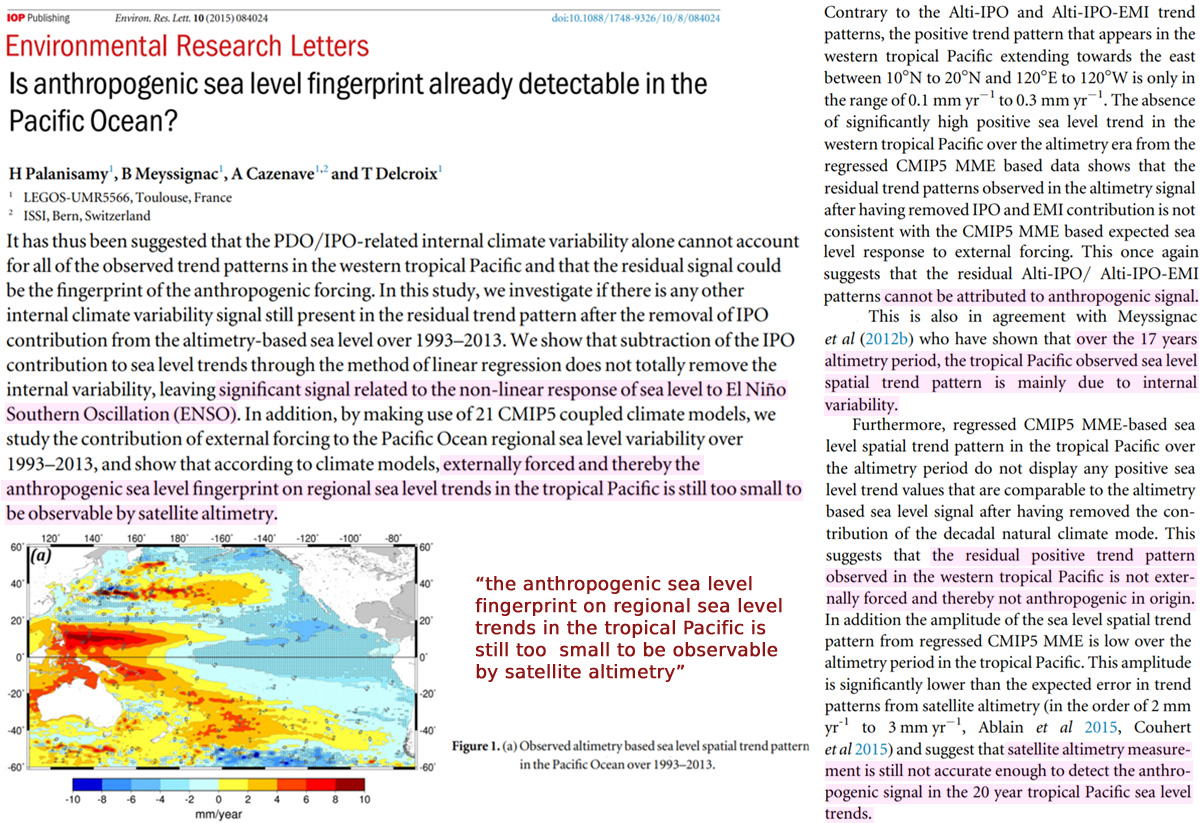 The authors suggest the forced acceleration assumed to be connected to anthropogenic climate change “has not emerged” yet.

Perhaps there will be a point in the future when scientists can declare an anthropogenic influence has been spotted in sea level changes.

For now, though, internal variability “masks” a potential attribution. 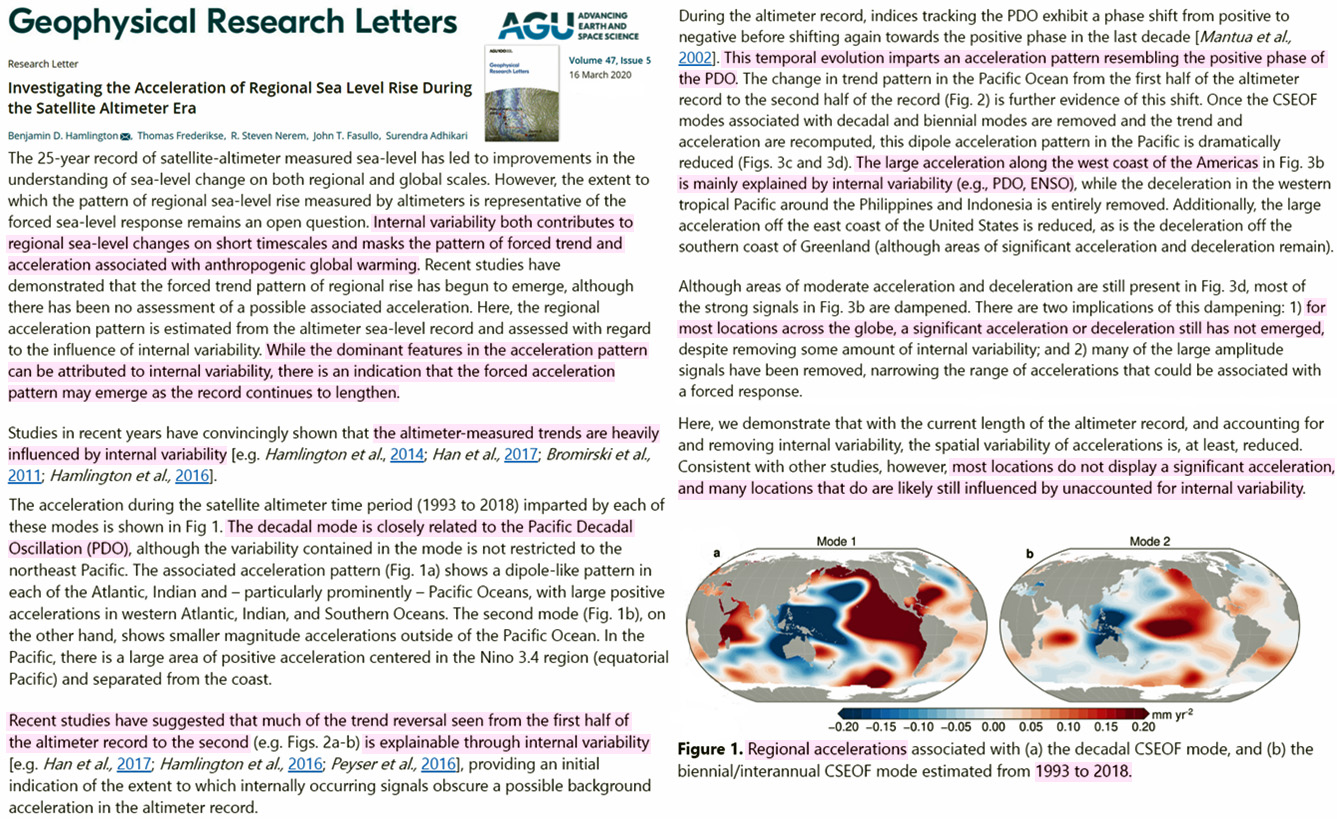