AOC Issues Another Apocalyptic Climate Rant. Is This More Of Her ‘Dry Humor’?

Ocasio-Cortez ranted, “It was reported today that this weekend for the first time in human history we have reached atmospheric levels of carbon at 415 parts per million. This has never been seen in recorded human history.

CO2 Nears 400 ppm – Relax! It’s Not Global Warming ‘End Times’ — But Only A ‘Big Yawn’ — Climate Depot Special Report - Renowned Climatologist: ‘You can go outside and spit and have the same effect as doubling carbon dioxide’

'Scientists note that geologically speaking, the Earth is currently in a 'CO2 famine' and that the geologic record reveals that ice ages have occurred when CO2 was at 2000 ppm to as high as 8000 ppm. In addition, peer-reviewed studies have documented that there have been temperatures similar to the present day on Earth when carbon dioxide was up to twenty times higher than today’s levels'

Pontificating at a Green New Deal rally on Monday, Rep. Alexandria Ocasio-Cortez (D-NY), who just claimed on Sunday that her apocalyptic prediction in January that the world would end in 12 years unless serious action was taken to combat climate change had just been “dry humor,” suddenly returned to her climate change hysteria, stating CO2 levels had reached the highest levels in recorded history and the last time the levels were this high “bacteria and diseases we have never seen before roamed the Earth.”

Ocasio-Cortez ranted, “It was reported today that this weekend for the first time in human history we have reached atmospheric levels of carbon at 415 parts per million. This has never been seen in recorded human history. In fact meteorologist Eric Holthaus and journalist said simply about this measurement, ‘We do not know a planet like this.’ The last time our planet hit 415 we were in the Pliocene period. Oceans were 90 feet higher. Bacteria and diseases we have never seen before roamed the Earth. Humans did not exist. We have never seen a planet like this. And a planet like this is exactly what we are going to get, and it is exactly what we are going to inherit from previous generations if we do not act positively now.” 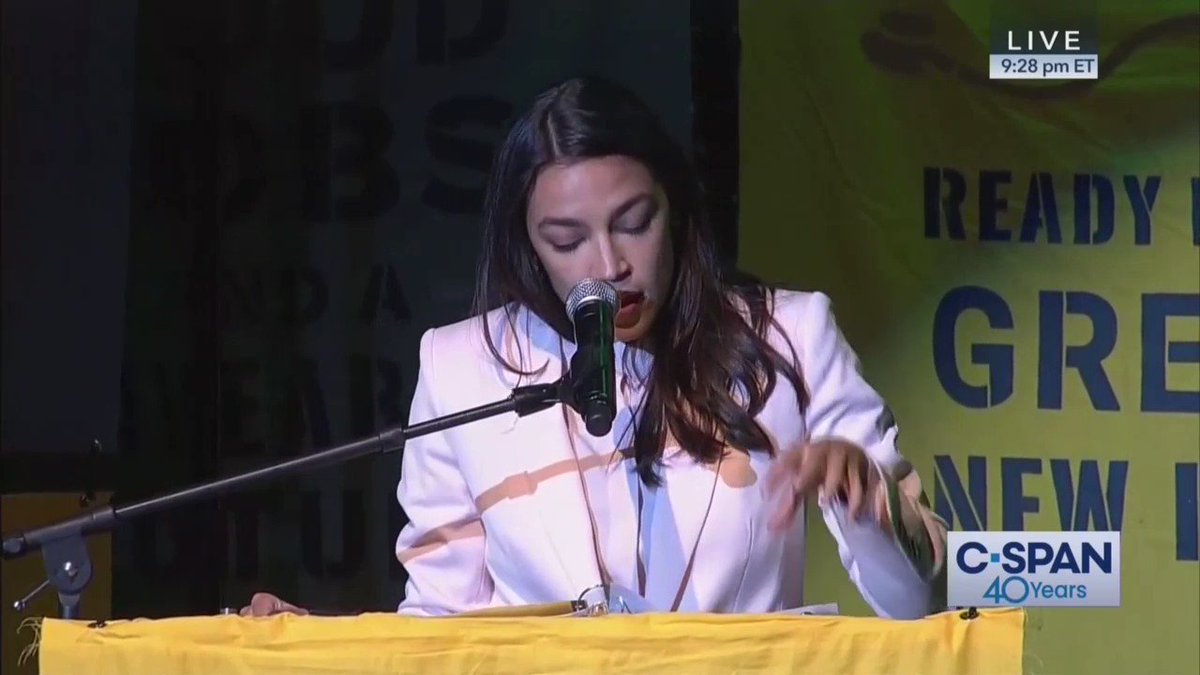 Socialist Rep. Alexandria Ocasio-Cortez (D-NY) says that the last time that CO2 levels were this high that "bacteria and diseases we have never seen before roamed the Earth" pic.twitter.com/ilmne7ORw9

It’s not surprising that Ocasio-Cortez quoted Holthaus to buttress her hysteria; in 2013, he vowed he would never fly again, tweeting that he “broke down in tears in boarding area at SFO while on phone with my wife. I’ve never cried because of a science report before. #IPCC.” Fox News’ Greg Gutfeld reacted, “Someone should tell him that planes are better than driving, as their nitrous oxide causes cooling by ridding methane in the air. But hey, he says he’s the expert. I’m calling BS on this drama queen. This is what dooms environmentalism – dishonest hysterics who put drama before data.”

On Sunday, Ocasio-Cortez backtracked on her 12-year prediction of doom, trying to get out of it by mocking the GOP, tweeting:

This is a technique of the GOP, to take dry humor + sarcasm literally and “fact check” it.

Like the “world ending in 12 years” thing, you’d have to have the social intelligence of a sea sponge to think it’s literal.

But the GOP is basically Dwight from The Office so who knows. https://t.co/pmkwrdeAnq

But in January, at a Martin Luther King Jr. Day event, Ocasio-Cortez didn’t look at all as though she was joking, telling the crowd “Millennials and people, you know, Gen Z and all these folks that will come after us are looking up and we’re like: The world is going to end in 12 years if we don’t address climate change and your biggest issue is how are we gonna pay for it? This is the war — this is our World War II.”