Progressives keep touting the carbon tax as inevitable, but then why does it always lose at the ballot box? In 2014 Australia repealed a carbon tax two years after it was imposed. Last year French President Emmanuel Macron was forced to suspend increases in gas and diesel taxes after national protests. Voters in Washington state defeated a carbon tax for the second time in November, and legislators recently pulled a proposal for a statewide carbon tax in Maine. Climate alarmists have convinced elites. Their problem is democracy. --Editorial, The Wall Street Journal, 18 April 2019 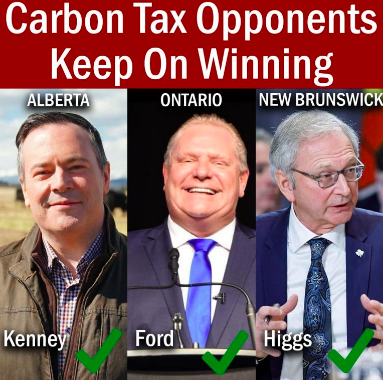