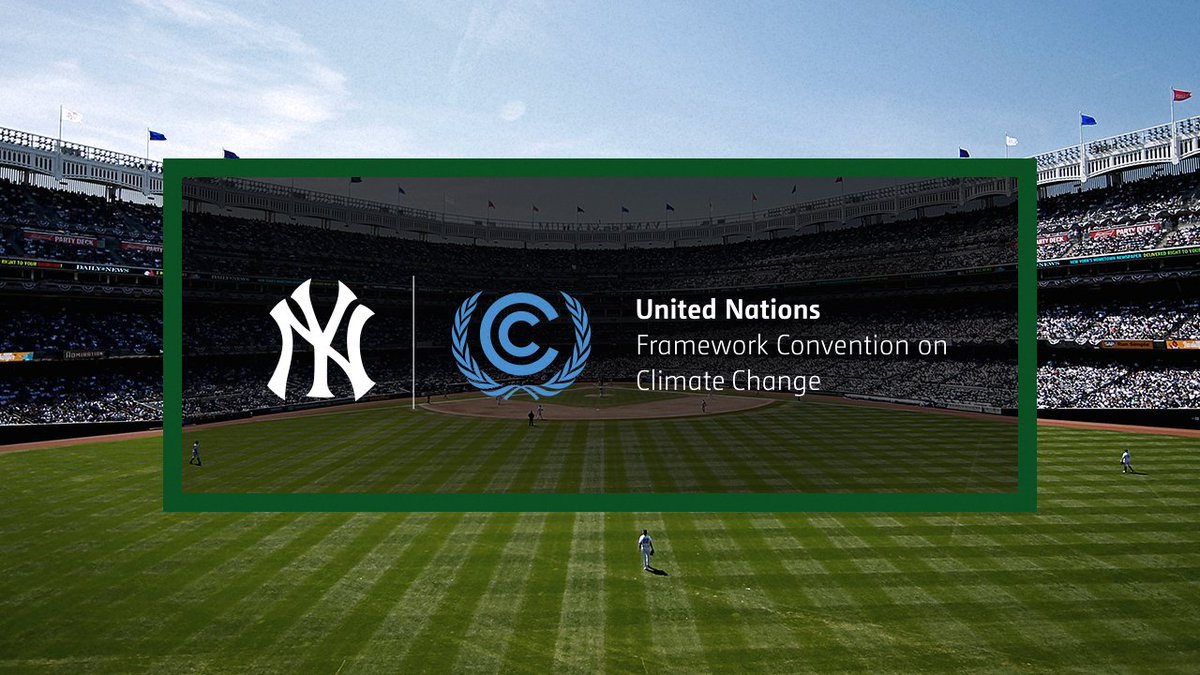 They’re not winning many baseball games, so the New York Yankees have decided that virtue-signaling is the next-best thing.

Get a load of this stupidity from whoever it is now running the Bronx Bombers:

Today, the Yankees became the 1st major North American sports team to sign on to the UN Sports for Climate Action Framework, the aim of which is to to bring greenhouse emissions in line with the Paris Climate Change Agreement & inspire others to take ambitious climate action.

Presumably, their fans are to be satisfied with that in lieu of winning games.

It goes to show how far off-mission the team has become. The U.S. has wisely pulled out of that rubbishy accord on principle alone, all the more strikingly because its emissions are below target while Europe’s still run high. How a baseball team could save the earth by signing onto United Nations bureaucratic oversight over how many gallons of water they are drinking or how many lights they are using to light up night games is pretty curious.

And more to the point, it signals a loss of focus for the owners of the team, whose actual business is winning ball games, diverting that one job to satisfaction at obeying international bureaucrats. Sound like a great trade? Well, to them, it does. No wonder they’re 3 wins-4 losses in their American League division, and rank a lowly 10th in their standings.

Here’s a sampling of how New York Yankee fans took that announcement:

@Deplorable_Samm
Replying to @Yankees and 3 others

Brian Burkhardt@brianburkhardt6
Replying to @Yankees and 3 others

Oh please with this crap. Are we so arrogant that we think we can control the climate. Climate has changed back and forth for billions of years. You want clean water and a clean space to live? Ok, but you cannot control climate. We are not that powerful.

Bobby Kay@BKayZone
Replying to @Yankees and 3 others

What does this even mean? Are the Yankees traveling on horseback to lower greenhouse emissions?

YankeeKnightLV@braun_kj
Replying to @Yankees and 3 others

Next @Yankees will sign on to the green new deal and only serve vegan food, tickets will be free and assigned to people based on the tenants of intersectionality. The soy runs strong in this organization

ComeOnHalStopBeingCheap@come_hal
Replying to @Yankees and 3 others

Another bullshit excuse to raise prices for everything. What a joke. Hal Steinbrenner isn’t going to do anything to combate climate change, other than pawn off more bullshit taxes on fans. Can’t even sign good players – Yankees analytics sucks.

Chuck Caruso@ChuckCaruso
Replying to @Yankees and 3 others

Hopefully this will reduce methane left by the team taking huge dumps on the field against low ranking teams.

Lieutenant Dan@IrishFF44
Replying to @Yankees and 3 others

All those swings and misses are doing their part to combat global warming alright!

In New York, they call that ‘a Bronx cheer.’