Watch: Morano on Fox News on ‘Green New Deal’ – Same ‘solution’, different env. scare – ‘It has very little to do with the env. or climate’ 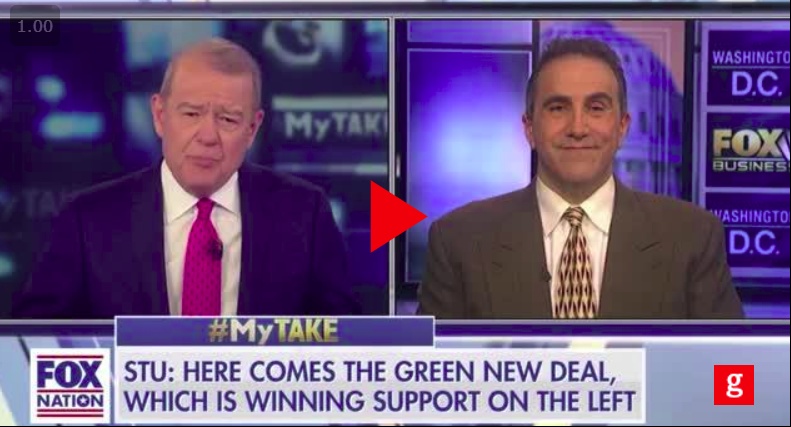 Climate activist David Roberts of Vox laments: Excerpt: Guess who’s heard the most about the Green New Deal? Not the left. Here’s the striking thing the poll found about the Green New Deal: Republicans have heard much more about it than Democrats have…For Fox viewers, the GND is a disaster (“ridiculous!” “stupid!” “destroy!” “costly!”) that gets rid of some things and bans other things, including — yes, there it is at the bottom right — cows…Committed right-wingers, most of the Fox audience, have heard about the GND, and they hate it. Committed progressives simply haven’t been told as much about it; they haven’t heard a clear signal to rally around it.” …
“Republicans are effectively unified in strong opposition. Support from Democrats is diffident and fragmented. And in politics, intensity wins.”