A little over a year ago, China was hailed as a country that was “stepping up” to combat climate change. After all, the country had agreed to sign on to the Paris climate accord and to emphasize renewables (wind and solar) in new power generation.

The commitment to the Paris climate accord was apparently more symbolic and rhetorical than substantive, however.

According to the Institute for Energy Research, “Approximately 46.7 gigawatts of new and restarted coal-fired power construction has been spotted through satellite imagery.” 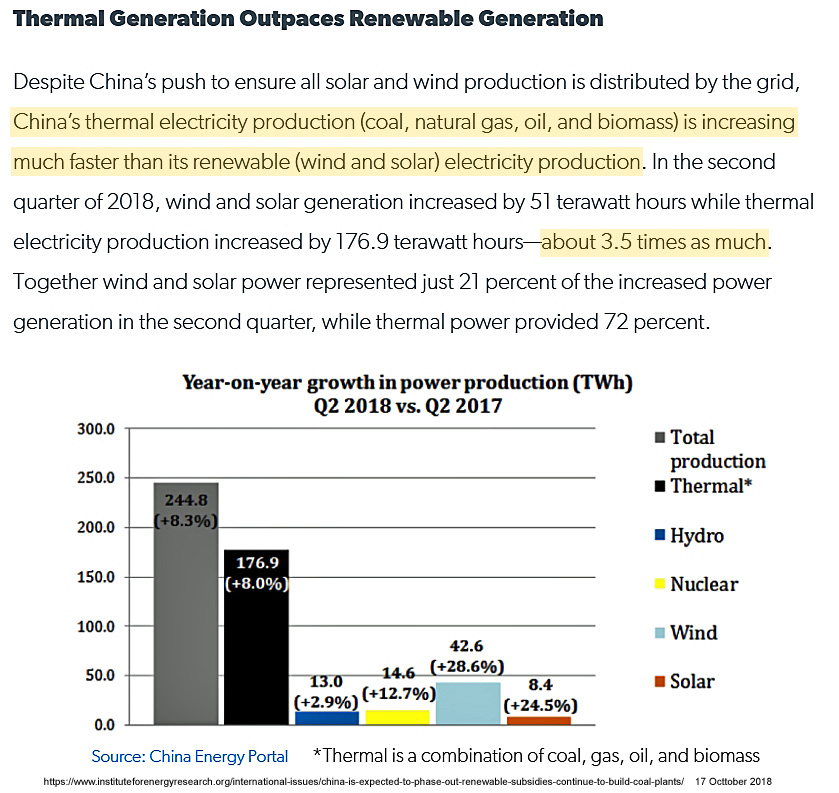 China is by far the top CO2 emitter in the world, by itself accounting for about 30% of the globe’s overall yearly emissions.

And in 2017, China again led the world in CO2 emissions increases.

Citing the extraordinarily high costs (a price tag of $2.4 trillion per year according to the latest IPCC report) and an “unfair” burden to US taxpayers, the United States symbolically rejected the Paris climate accord in June, 2017.

And despite this rhetorical “backing away” from CO2 mitigation efforts, the U.S. continued to lead the world in CO2 emissions reductions during 2017.

Natural Gas Has Led The Way In U.S. Emissions Reductions 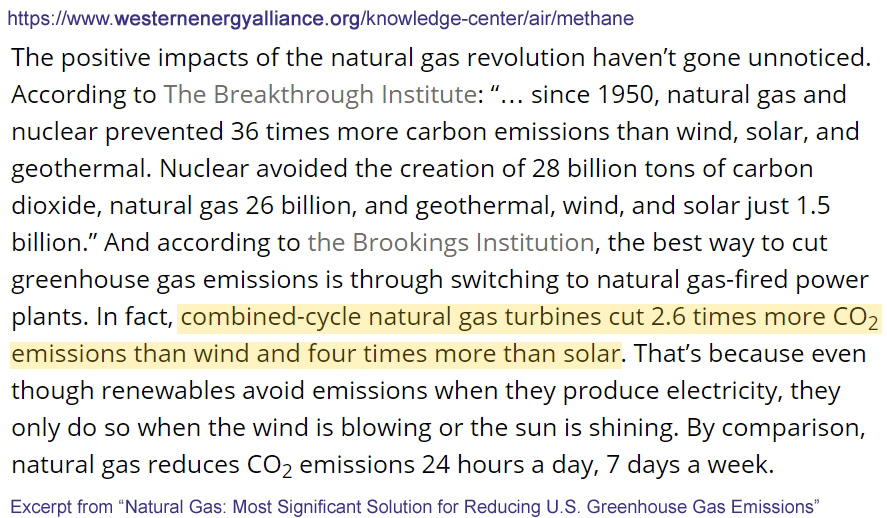 Due primarily to the CO2 mitigation afforded by transitioning to natural gas, the U.S. has already (2017) met its emissions targets.

“Before considering the future, it is worth examining just how far we’ve already come without any federal CO2 regulation (for existing power plants) in the U.S. Figure 1 illustrates historical CO2 emissions and natural gas prices from 2005 through 2017 (estimated). During that period, emissions have declined from nearly 2.7 billion tons to approximately 1.9 billion tons (∼30%), while revealing a strong link to natural gas prices. To be sure, while other factors (such as renewable energy incentives) also had an impact, the clearest means by which to reduce CO2 emissions has been to reduce the cost of generating electricity with less CO2-emitting fuels (i.e., substituting natural gas for coal).”

“So successful have market forces been under the existing regulatory framework to date that estimated 2017 CO2 emission levels are already at the CPP’s 2025 target (albeit without accounting for electricity demand growth between 2017 and 2025), well exceeding the AEO’s own Reference Case projections for 2025.” (Anderson et al., 2018)

Though still high relative to most countries in the European Union, the United States’ per capita emissions have fallen rather precipitously this century. Again, this is mostly due to the aforementioned transition from coal to natural gas power generation. 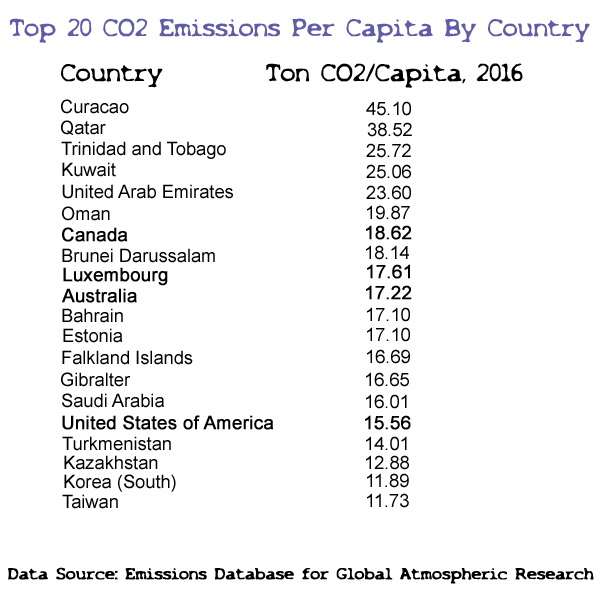 Between China and the U.S., the country that is headed in the “right” direction – reducing CO2 emissions, closing coal plants, and purportedly mitigating climate change – is the one that has rejected the Paris climate accord and its commitments.

And the country that is veering off in the “wrong” direction – increasing its CO2 emissions and rapidly building more coal plants – is the one that agreed to sign on to the Paris climate accord and the concomitant emissions reduction commitments.

The U.S. – not China – is acting in a way that aligns with the spirit and the goals of the Paris climate agreement.

And yet because symbolism and rhetoric seem to be the primary focus as it relates to governmental CO2 mitigation policies, it’s China – not the U.S. – that is lauded for its “leadership”.

“China has become a global leader in policy and diplomacy on limiting the effects of climate change...” (New York Times. July, 2018)

Again, China is (easily) leading the world in overall CO2 emissions and in the construction of new coal plants. It’s also producing 3.5 times more electricity from fossil fuels than from wind and solar in its new power generation.

And yet China is astonishingly hailed as the “new low-carbon champion” for its “climate mitigation leadership” in a new paper published in the journal Nature.

“Since 2008, the Chinese government has switched to a proactive stance on climate governance and low-carbon development. Due to significant improvements in CO2 efficiency and a clear slow-down in the rise of its annual total CO2 emissions, China is increasingly perceived as a new low-carbon champion and appears to be in a position to take over global climate mitigation leadership.” (Engels, 2018)

China’s anointed position as a climate change mitigation leader and champion is baffling in its irony.