Had They Bet On Nuclear, Not Renewables, Germany & California Would Already Have 100% Clean Power

Had California and Germany invested $680 billion into new nuclear power plants instead of renewables like solar and wind farms, the two would already be generating 100 percent or more of their electricity from clean (low-emissions) energy sources, according to a new analysis by Environmental Progress.

The analysis comes the day before California plays host to a “Global Climate Action Summit,” which makes no mention of nuclear, despite it being the largest source of clean energy in the U.S. and Europe.

Here are the two main findings from EP’s analysis:

The finding that Germany could have entirely decarbonized its transportation sector with nuclear is a significant one. That’s because decarbonizing transportation is considered a major challenge by most climate policy experts.

Electricity consumed by electric cars will grow 300-fold between 2016 and 2040, analysts predict. That electricity must come from clean energy sources, not fossil fuels, for the transition to electric cars to mitigate climate change. 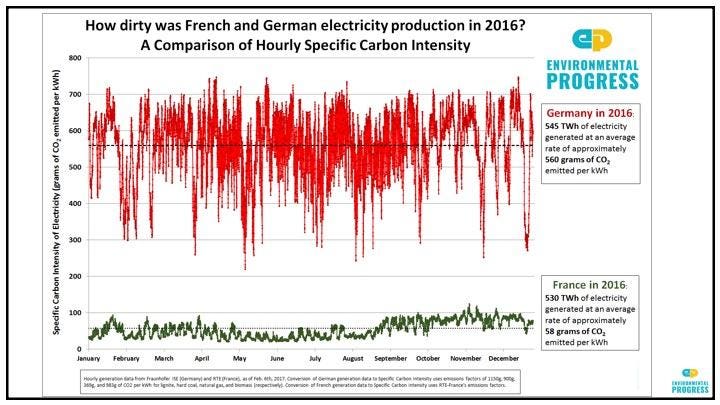 Thanks to its deployment of nuclear power, the Canadian province of Ontario’s electricity is nearly 90 percent cleaner than California’s, according to a recent analysis by Scott Luft, an energy analyst who tracks decarbonization and the power sector.

California’s power sector emissions are over twice as high today as they would have been had the state kept open and built planned nuclear plants.

The political leadership of California and Germany have encouraged other nations to follow their example, and the results have been — consistently, following the new EP analysis — counter to the ostensible goal of climate protection.

Over the last 20 years the share of electricity from clean energy globally has declined because the increase in electricity coming from solar and wind wasn’t enough to offset the decline of nuclear.

Carbon emissions rose 3.2 percent in California between 2011 and 2015, even as they declined 3.7 percent in the average over the remaining 49 states. 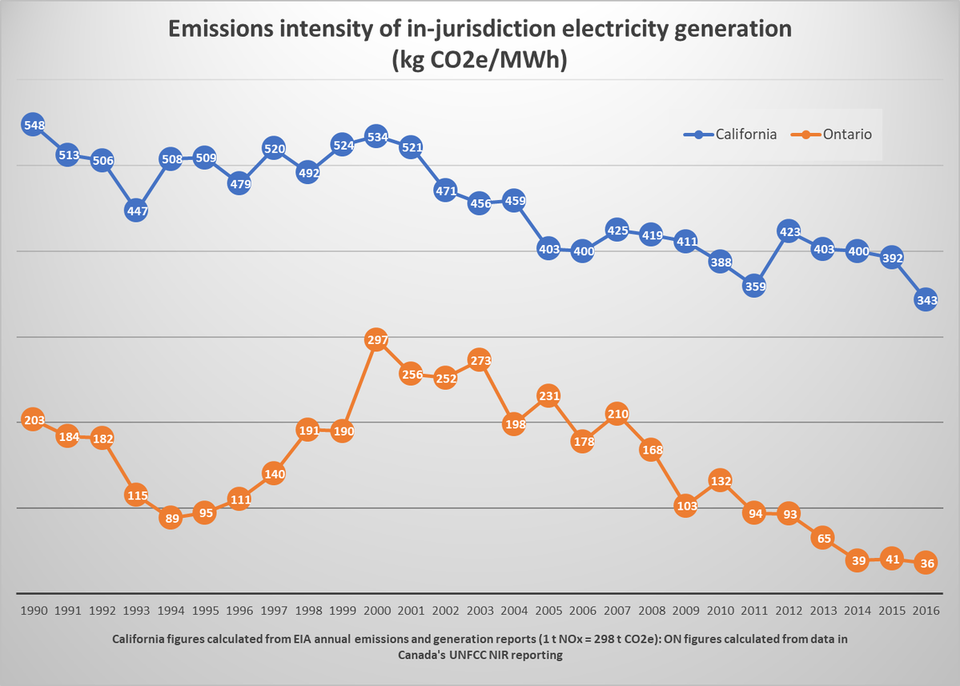 In 2016, emissions from electricity produced within California decreased by 19 percent, but two-thirds of that decline came from increased production from the state’s hydro-electric dams, due to it being a rainier year, and thus had nothing to do with the state’s energy policies, while just one-third of the decline came from increased solar and wind.

In the 1960s and 1970s, California’s electric utilities had planned to build a string of new reactors and new plants that were ultimately killed by anti-nuclear leaders and groups, including Governor Jerry Brown, the Sierra Club, and Natural Resources Defense Fund (NRDC).

Other nuclear plants were forced to close prematurely, including Rancho Seco and San Onofre Nuclear Generating Station, while Diablo Canyon is being forced to close by California’s Renewable Portfolio Standard, which excludes nuclear.

It remains to be seen if recently-passed SB100, which allows 40% of electricity to be produced from any non-emitting energy source alongside the remaining 60% exclusively from renewables, will motivate the state to save its last nuclear plant.

Had those plants been constructed and stayed open, 73 percent of power produced in California would be from clean (very low-carbon) energy sources as opposed to just 34 percent. Of that clean power, 48 percent would have been from nuclear rather than 9 percent. 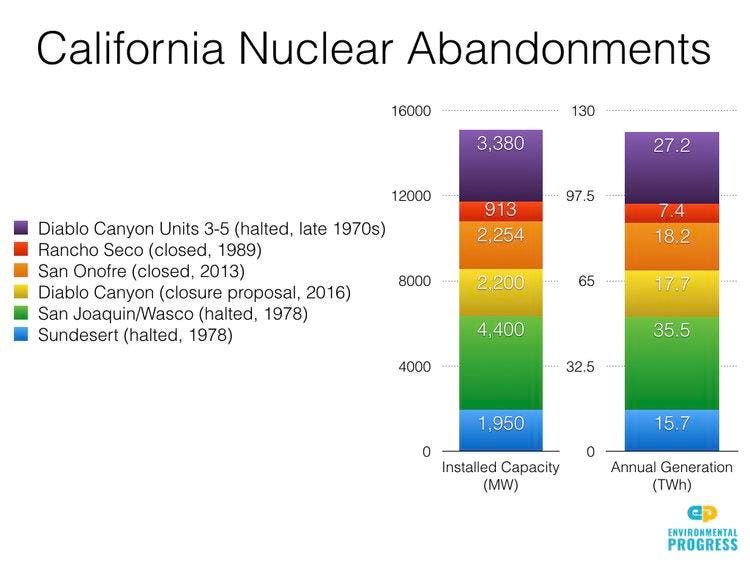 In 2016, renewables received 94 times more in U.S. federal subsidies than nuclear and 46 times more than fossil fuels per unit of energy generated. Meanwhile, a growing number of analysts have are admitting that an electricity grid that relies on nuclear power has no need for solar and wind. More troubling, adding solar and wind to a nuclear-heavy grid would require burning more fossil fuels, usually natural gas, as back-up power

“If I were a citizen of Germany, I would be concerned about Germany being left behind,” said Al Gore, who is a major renewable energy investor in addition to being a climate policy advocate, last June. “The leadership provided in years past created a reality that now no longer exists.”

“If the world is serious about climate change, we should be keeping existing, safe nuclear power stations open, not shutting them prematurely,” notedBloomberg New Energy Finance’s Michael Liebreich.

But the new EP analysis underscores that the problem is not just closing plants but also choosing to build solar and wind farms instead of new nuclear power stations. 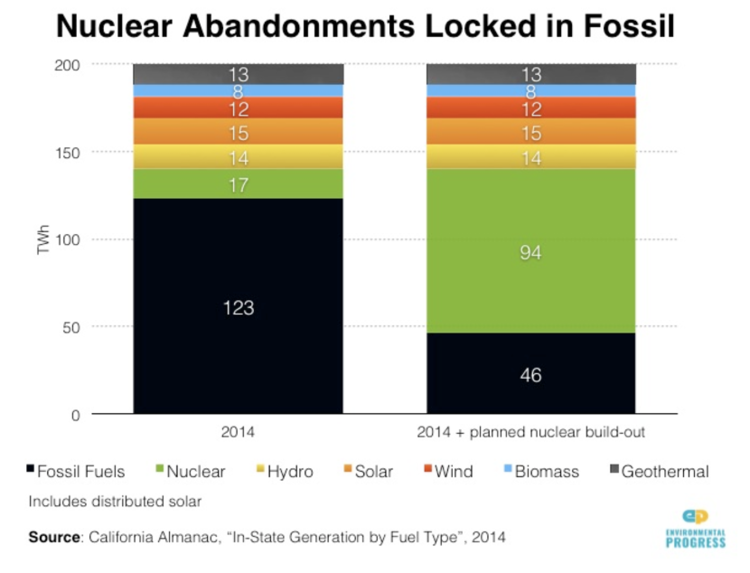