At the excellent Curious Wavefunction blog of Ash Jogalekar, there’s an article (posted last year) about Freeman Dyson, who is 94 today. 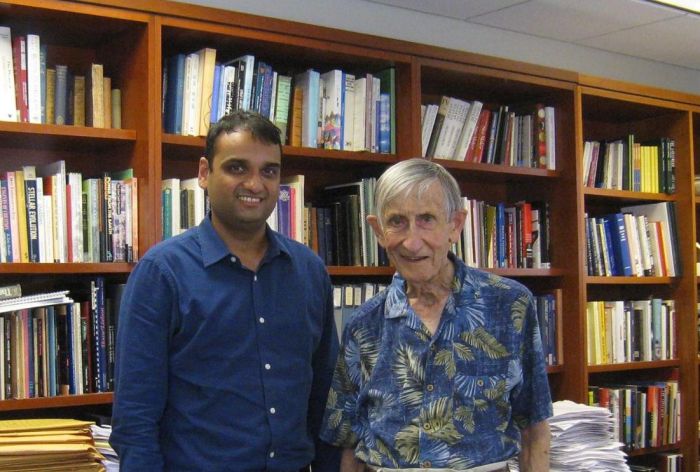 Amongst other things, it discusses his climate scepticism. If anyone asks you what climate scepticism is, the points made about computer models, dogmatism and challenging the status quo in this paragraph sum it up nicely I think:

Over the past few years Dyson has become much more well-known in the public eye for his skepticism regarding climate change, a view made popular in a lengthy 2009 New York Times magazine profile. This was always unfortunate. Both his views and the article were blown out of proportion. In reality, as can be readily judged when you talk to him, Dyson’s opinion of climate change is mildly proffered, moderate to a fault and in the best tradition of the same skepticism that has guided science since its inception. He disapproves of faith in computer models and of the zealous dogmatism exhibited by some climate change activists, and both these points are extremely well taken. Ultimately Dyson is saying something simple; that science progresses only when there is a critical mass of skeptics challenging the status quo. It’s not about whether the skeptics are right or wrong, it’s about whether their voices are drowned out by the consensus. One of his favorite quotes is the motto of the Royal Society, an institution established by freethinkers in the shadow of a heavy-handed monarchy: “Nullius in verba” – Nobody’s word is final.