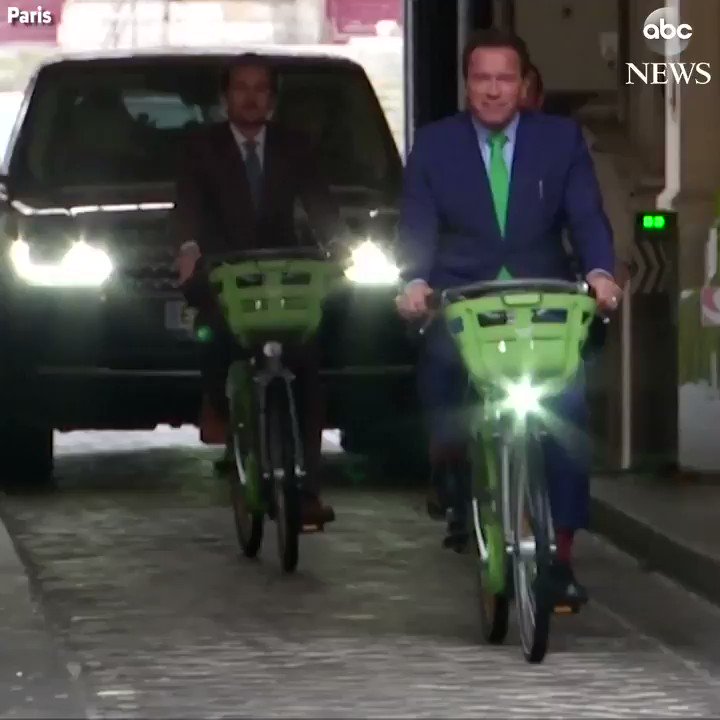 Actor and former governor of California-turned environmental activist Arnold Schwarzenegger cycled through Paris on Monday as part of an effort to protest President Donald Trump’s decision to pull the United States out of the Paris Climate Agreement.

Wearing a suit and green tie, Schwarzenegger was filmed cycling through the streets of Paris before meeting the city’s mayor Anne Hidalgo and speaking at a climate change event.

Former California Gov. Arnold Schwarzenegger rides a bike through the streets of Paris before speaking at an environmental summit: “It doesn’t matter that Donald Trump backed out of the Paris Agreement” http://abcn.ws/2AtwMol

Schwarzenegger was attending the events partly in response to Trump’s decision to pull the United States out of the Paris Climate Agreement signed under Barack Obama, claiming that it was unfair to the United States.